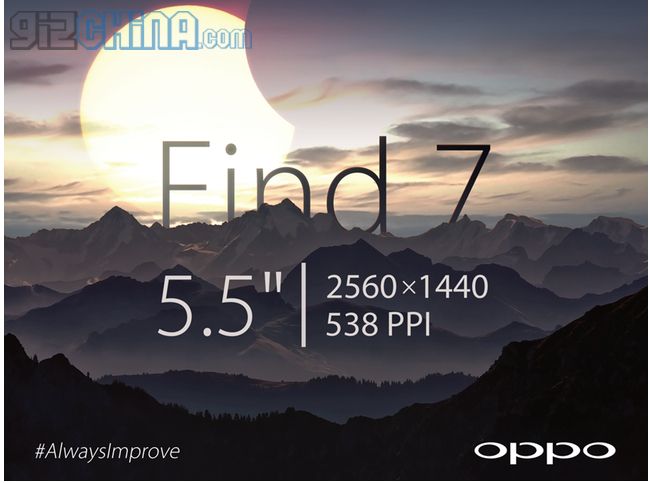 The mystery has been unveiled! We are happy because the our forecasts they turned out to be "almost" right! Finally Oppo has officially communicated the features of the display of its next TOP GAMMA Oppo Find 7: the screen will have a diagonal from 5.5 inches with 2560 × 1440 resolution!

The nature but above all the frequency with which Oppo is publishing the teaser images on the future Oppo Find 7 make us think that the launch could now be around the corner. Today, a new image has appeared on the company's official Facebook page confirming that the Find 7 will mount a panel from 5.5 inches with 2560 × 1440 resolution and a pixel density of 538ppi.

Given the very high resolution of the display we would not be surprised at all if the Find 7 was equipped with Qualcomm Snapdragon 800 processor and 3GB of RAM (as we had also told you!). The final gem would be that of a further innovation on the photography department (such as the one called for the MEIZU MX4) ... for example one Lytro Camera, No?

Stay tuned on GizChina.it, in case of news we will update you!