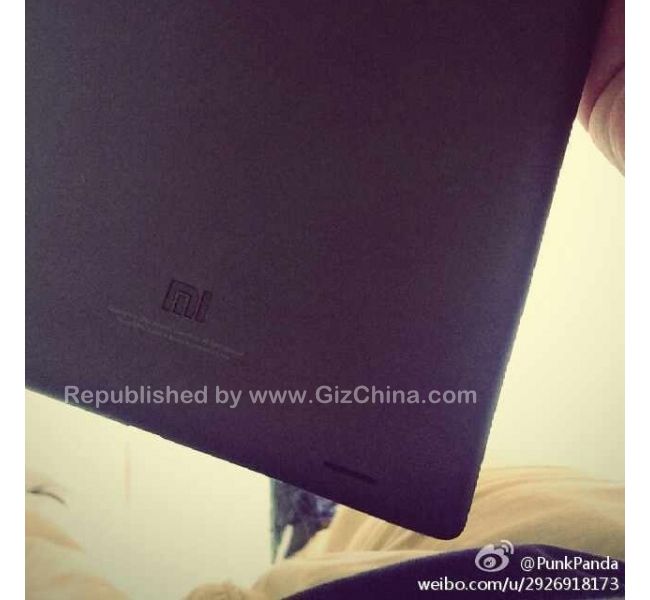 New rumors on the Xiaomi tablet were fueled by the publication of an alleged photo of the Xiaomi MiPad from 7 inches.

The voices of the realization of a tablet by Xiaomi began circulating in the days immediately preceding the launch of the new Xiaomi Mi3, but since then it has not been spoken of and many have believed that Lei Jun and its Xiaomi had abandoned the 'idea. However, today on Weibo the user Punkpanda (famous for the leaks related to Chinese technology) has published a new image of the back of a tablet with the imprinted Xiaomi brand.
The image doesn't show much but just the black back of the device and the “Mi” logo. Sources that define themselves well informed about it speak of a 7-inch display, quad-core processor, 3G support and a price (in China) of only 999 yuan (about 120 euros)!
Do you like our posts? Follow us on Facebook, Twitter, YouTube and G + not to lose all our updates!