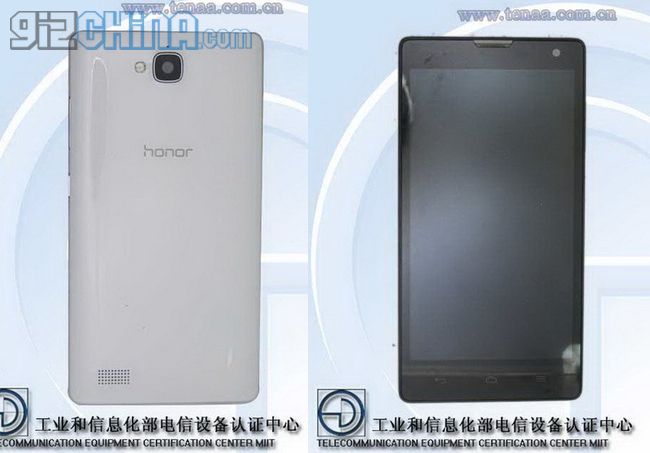 Maybe it's time to seriously put the sticks in the wheel at Xiaomi; at least this is what you think Huawei, who is preparing to launch his Honor 3C, a competitor of Xiaomi Hongmi at the price of 999 yuan (about 120 €).

Xiaomi has a target drawn on his back, a target to which after months and months of success the giants of the Chinese hi-tech seem to have decided to bet. The first attack came from ZTE that launched its new Nubia Z5S at the same price as the Xiaomi MI3, now it's Huawei's turn.

Huawei with its Huawei Honor 3C, fresh from License Network, aims straight to the superpower gained by Xiaomi Hongmi.
According to rumors, the Honor 3C is equipped with the MT6588 quad-core processor, 2GB RAM, 8 mega-pixel rear camera and 5 front and magnesium alloy frame.

With hardware like this the Honor 3C could really give Xiaomi Hongmi a hard time.
The price of Huawei Honor 3C should be around 999 yuan (about 120 €), slightly higher than the Hongmi, but still very competitive considering the specifications.
Do you like our posts? Follow us on Facebook, Twitter, YouTube and G + not to lose all our updates!