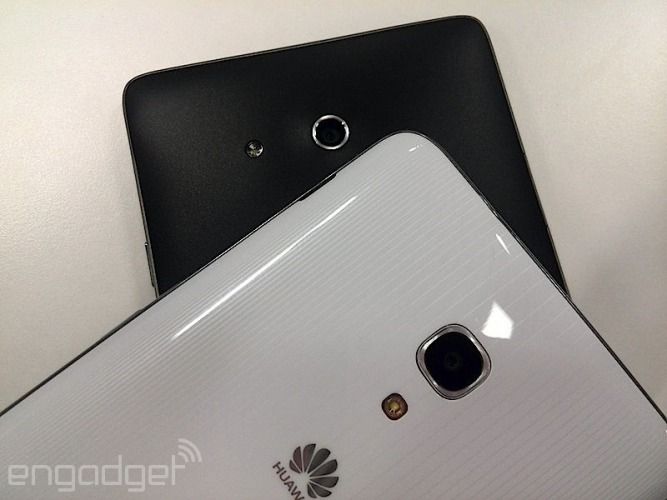 L0 H he shows himself again in the picture, this time with his predecessor, the Huawei Ascend Mate.

The photos show the two Ascend Mate, the old and the new side by side, from which we can clearly see the differences: in design, in profile (much thinner!), Although there is nothing so revolutionary.

The specifications emerged are not a real surprise, they are the same as we heard a few days ago: rear camera from 13 mega-pixels, display by 6.1 HD inches 1280 × 720, operating system 4.2.2 Android Jelly Bean e Hisilicon processor from 1,6 Ghz.