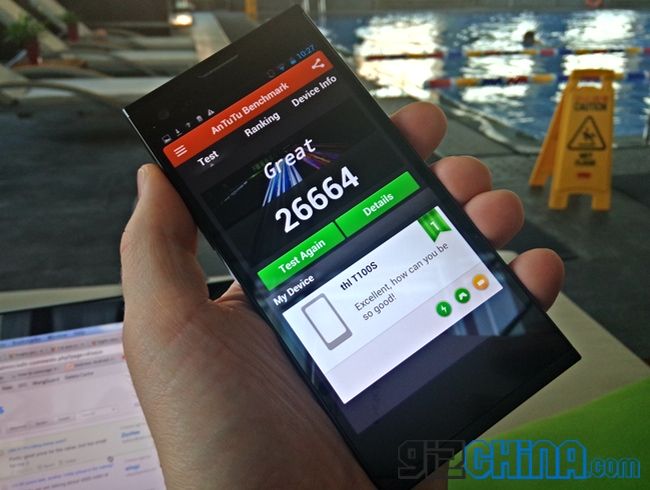 Il THL T100S, aka Monkey King 2, is one of the most anticipated 8-core Chinese phones of the year. The phone has a processor MT6592 by 1.7Ghz, 2GB RAM, 32GB of internal memory, dual camera from 13 mega-pixel (the rear one with f2.0 opening!). In short, it is a feature-rich device wrapped in a design that is a fusion of Xiaomi Mi3 and Sony Xperia device lines.

We have already posted the first impressions on the THL T100S, along with a brief one comparison with his rival Zopo ZP998but, waiting for the full review, let's see today some benchamarks Antutu! 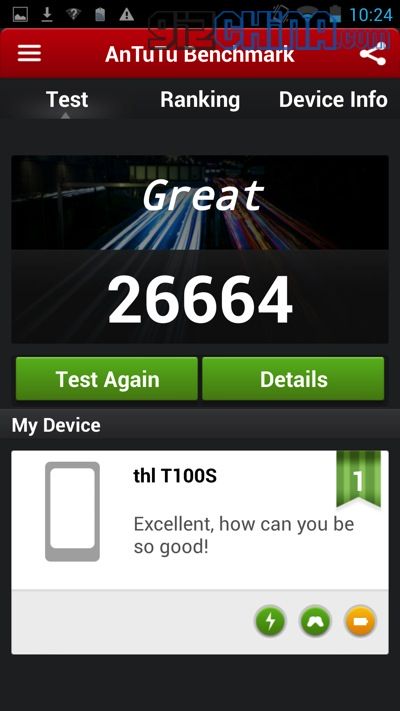 Considering the 8-core processor from 1.7Ghz and the 2GB of RAM it was easy to have a lot of hope for the THL T100S ... and I have to say that the phone didn't disappoint! The Antutu benchmark in fact exceeds the score of 26.000 points!

The complete review will be published in the next few weeks! Stay connected!