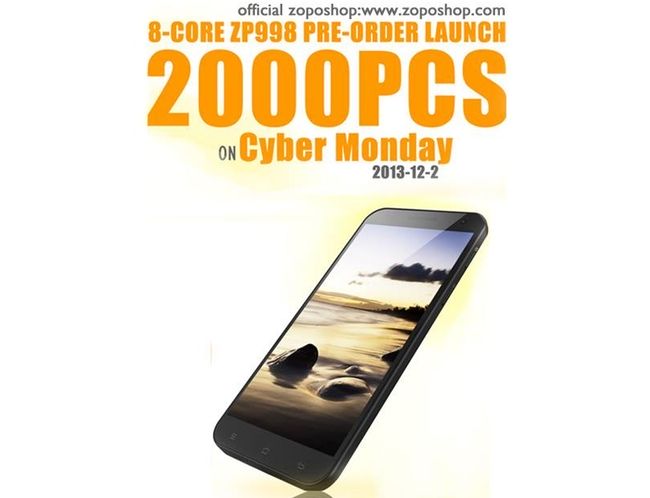 Those who have not yet pre-ordered their Zopo ZP998 8-core can do so now. Zopo has indeed announced the start of the 2 ° round of pre-orders for their new smartphone.

As already extensively pointed out, the Zopo ZP998 is one of the first phones to launch with the new 8-core MT6592 chipset. The device is also equipped with a 1080 display, 2GB of RAM, 32GB of memory, 14 megapixel rear camera and will be launched in black and white.
Do you like our posts? Follow us on Facebook, Twitter, YouTube and G + not to lose all our updates!