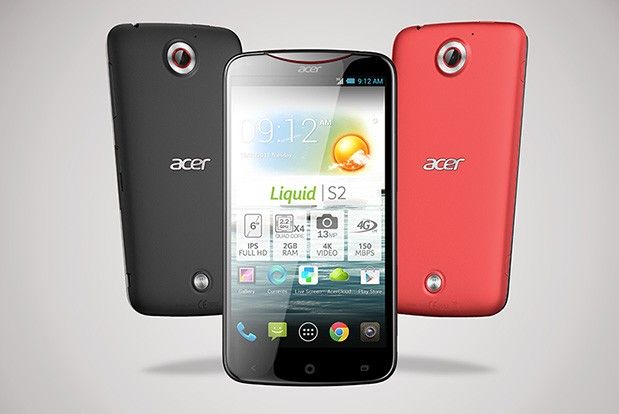 Now that consumers all over the world (or rather, those of Europe and Hong Kong) will be able to get their hands on the new Acer Liquid S2, the first results of the Antutu tests now emerge. The score recorded by the ACER Liquid S2 on Antutu it is impressive, no less than 31531, and second GSM Insider, would be the 5 ° most powerful phone in the market to date.
This score on Antutu shows the goodness of the hardware of the new Acer device, famous above all for being the first smartphone in the world with support for video recording in UHD 4K mode.

The Acer Liquid S2 is equipped with Qualcomm processor Snapdragon 800 from 2,2 Ghz, display by 6 Full-HD Thumbs × 1920 1080, 2GB RAM, 16GB of internal memory, battery by 330o mAh e 4G connectivity. To archive 4K videos, the Liquid S2 has MicroSD slot for expansion up to 128GB. Specs that objectively put this phone on a par with devices like Samsung Galaxy Note 3Sony Xperia Z UltraXiaomi MI3, LG G2 and in front of others like HTC One MAX, Samsung Galaxy S4 e Nexus 5, which have more or less similar prices.

The Acer Liquid S2 was launched yesterday in Hong Kong with a price of 4799 HK $ (about 453 €), a price significantly lower than that to which it was launched last October in Europe, 550 €.
Do you like our posts? Follow us on Facebook, Twitter, YouTube and G + not to lose all our updates!