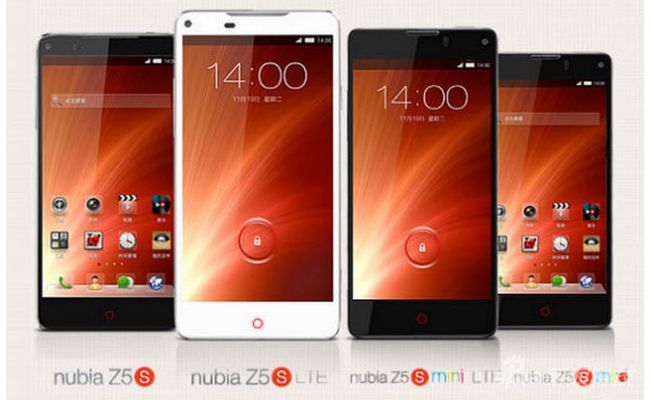 ZTE is certainly not among the Chinese hi-tech companies that have more experience in the mobile field, even if, since they entered the 2011, their position has radically changed. A trend that has always maintained positive trends for the company, further strengthened by the latest 2 smartphones of the Nubia series ready to make the big jump: the Nubia Z5S edil Nubia Z5S Mini.
According to a press release recently released by ZTE, the largest Chinese online retailer, JD.com (formerly 360buy.com), would have already received over 2.5 millions of pre-orders for the two new jewels.

Also according to the press release, the previous record was held by the direct competitor, Xiaomi ...
Both the Nubia Z5S and the Nubia Z5S Mini are very elegant devices and stand out for the high quality of their photographic compartment: both mount a 13 mega-pixel rear sensor with the new ZTE "NEOVISION 3.0" system, the first with automatic white balance in China.
ZTE's innovation for its new Nubia would have gone so far that, according to the company itself, the new devices would be the first "Reflex Smartphone".
Anyone with a minimum of experience with SLR cameras knows very well that what was said by ZTE loads the expectations of consumers enormously!

Obviously both Z5S and Z5S Mini are not reduced to excellent cameras.
The Nubia Z5S is in fact equipped with a 5-inch Full-HD 1920 × 1080 display, 800 Ghz QualcommSnapdragon 2,3 processor and 2GB of RAM; The Nubia Z5S Mini has a slightly less powerful hardware but still defends itself very well thanks to a 4.7-inch HD 1280 × 720 display, 600 Ghz Qualcomm Snapdragon 1,7 processor and 2GB of RAM.
In addition to the 13 mega-pixel rear camera, both the Nubia Z5S and the Nubia Z5S Mini are equipped with a well-designed 5 mega-pixel front sensor.
The selling price on JD.com is 1999 yuan (about 240 €) for the Nubia Z5S and 1499 yuan (about 180 €) for the Nubia Z5S Mini.
Currently they are both sold out!
The photographic specifications do not convince you? Take a look then at the results on Antutu!