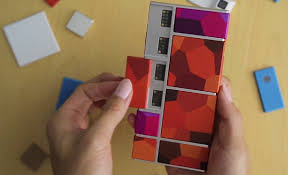 Xiaomi CEO Lei Jun confirms that the idea of ​​producing a modular telephone similar to Motorola's "Ara Project" is under discussion at her company.

Recently, Motorola has announced its "Project Ara", a modular design phone that can easily update the hardware. They could, therefore, not be the only ones working on such an innovative device!

Lei Jun has commented on the news from her official Weibo account, stating that Xiaomi could develop a "rival" project to that of Motorola!
Of course, producing such a phone is quite another thing to discuss on the web, but at least we see that the idea has been launched!
Do you like our posts? Follow us on Facebook, Twitter, YouTube and G + not to lose all our updates!