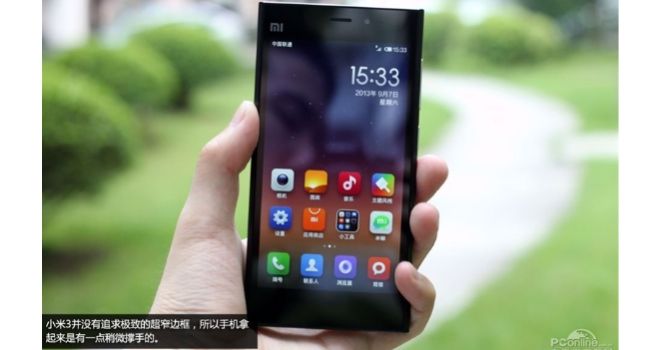 You are all awaiting your arrival on the market Xiaomi MI3 with Snapdragon 800, right? Well we have come to an end, Xiaomi's super-phone will be available from next 31 December.

The WCDMA version of the Xiaomi MI3 with 800 Snapdragon processor has delayed so much to get on the market that some fans in the meantime were oriented on other devices. The more patients, however, will soon be rewarded.

On the last day of the year, the 31 December, Xiaomi will finally launch its Xiaomi MI3 with Snapdragon 800, the version compatible with China Unicom 3G network, but, more important for us, compatible with the European 3G networks.

The December 31 will be marketed 2 versions of the Xiaomi MI3, one with 16 GB of internal memory at the price of 1999 (about 238 €) and another with 64GB of internal memory 2499 (about 298 €), both obviously equipped with a processor Qualcomm Snapdragon 800, 2GB RAM, Adreno GPU 330 and operating system MIUI V5 (4.3 Android Jelly Bean) (the latest news talk about the commercialization of the 16GB version only starting from December 31).

In addition to MI3, Xiaomi will also launch it Xiaomi Router with internal memory from 1 Terabyte, which will allow all MIfan to frequently connect to 5,0 Ghz and easily share music and video.