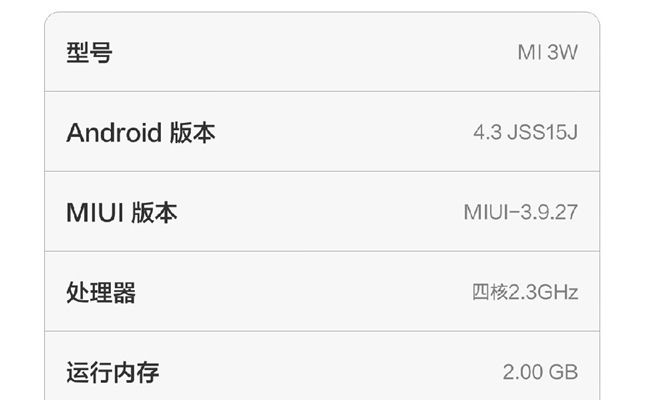 Previous screenshots emerged online had shown the Xiaomi MI3 run Android 4.4 Kitkat, making hope that once launched, all of us users could immediately enjoy the latest release of Android. Xiaomi however, at least for now, denies these pleasant assumptions.

Xiaomi seems to be still waiting for the supply of the MSM8974AB version of Snapdragon 800, which will officially start the production of the Xiaomi MI3 vers. China Unicom WCDMA. Recent screenshots appeared on the network showed the Android 4.4 Kitkat operating system running on a Xiaomi MI3, making us reflect on the agonizing delay, perhaps used as an excuse by the Beijing company to develop a new MIUI ROM, based on the latest version of the green robot. Xiaomi, however, denies everything!

Directly from his profile Weibo, a representative of Xiaomi, Sun Peng, has announced that, as planned, Xiaomi MI3 vers.Snapdragon 800 will be marketed with Android 4.3 pre-installed.

Despite this, those who use or have used a MIUI ROM probably will not see this news as a problem, given the high degree of customization of the ROMs made by Xiaomi.
Do you like our posts? Follow us on Facebook, Twitter, YouTube and G + so you do not miss all our updates!

Xiaomi Band 7 Pro will have the most awaited function of all: ...