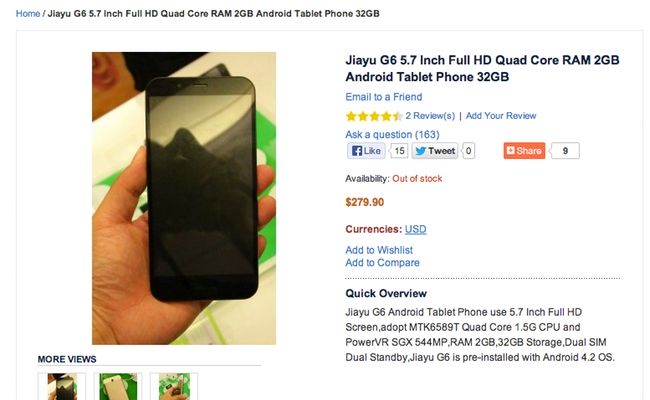 The range of JiaYu phones can be defined complete, except for the lack of a device of the category phablet, or what should be the new JiaYu G6!

At the beginning of the year JiaYu held an event for the fans where he presented the phones he was working on: the JiaYu G5 launched recently and of which we have already realized a exclusive review and the JiaYu S1 with Snapdragon 600. Moreover, during the event the JiaYu G6 was also presented, but the device had lost track of the device. 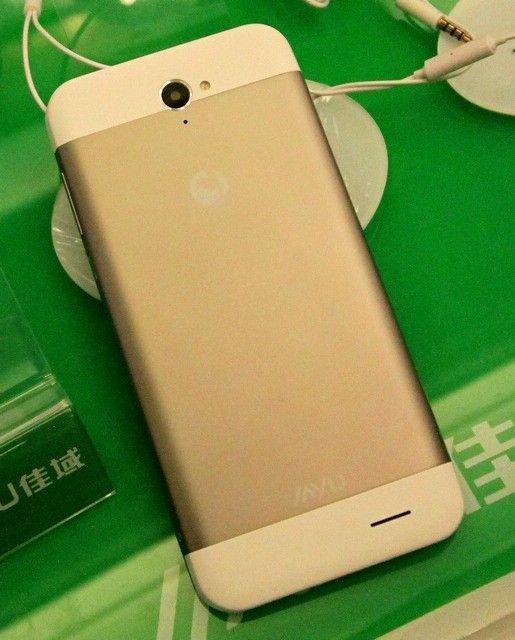 Is the JiaYu G6 in production? What will be the specifications and the price? Well, this online store seems to have the answers, since it has included in its store the JiaYu G6, that is, reads from the published specifications, a phablet with 5,7 inches FULLHD display, with 2GB of RAM, 32GB of internal memory, dual SIM and powered by quad processor -core MT6589T! Obviously we can not confirm the genuineness of the information disseminated by the site in question, but it is interesting to see that something is moving about this phablet JiaYu that had literally disappeared from the scenes.
Do you like our posts? Follow us on Facebook, Twitter, YouTube and G + not to lose all our updates!