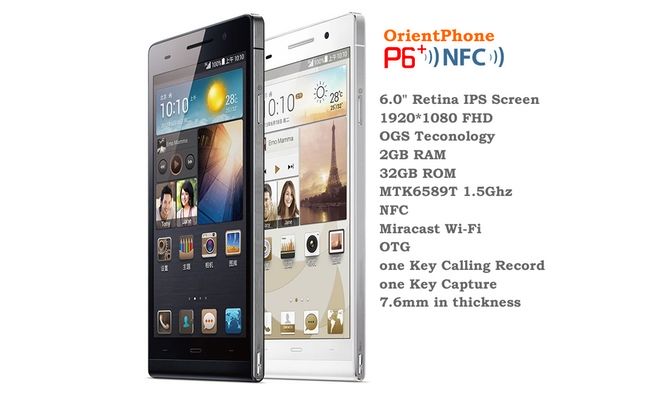 Drawing inspiration from the same source as the Carpad T6 (the Huawei Ascend P6), the new OrientPhone P6 + arrives, a phablet with a slim body, with full-HD 1920 × 1080 display, NFC support and much more ...

Taking a look at these images of the OrentPhone P6 +, it seems obvious that designers for the design were strongly inspired by the jewel of Huawei but that, as in the case of the CarPad, instead of making a copy in 1: 1 scale, it seems to have preferred to reshape the dimensions to make this device unique.

The most significant change is relative to the display. OrientPhone P6 + is in fact equipped with a larger screen OGS from 6 inch Full-HD 1920 × 1080; the other important change is the insertion of a button on the lower right end of the phone that will allow you to easily record phone calls.

Other interesting features are: removable battery, dual-sim support, microSD card slot and an ingenious mode one-handed management which adjusts the positioning of the app depending on the hand used. 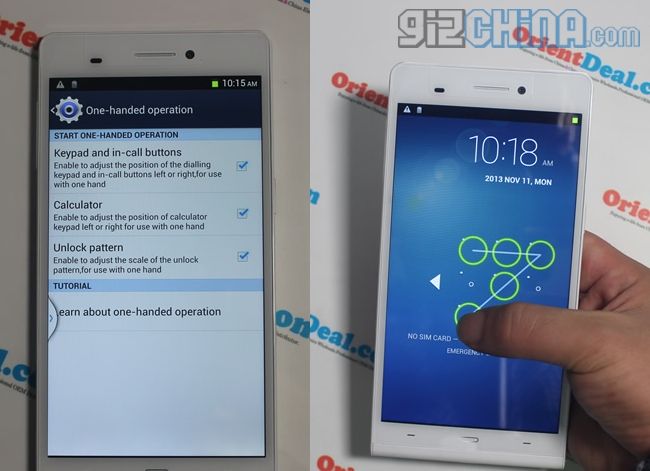