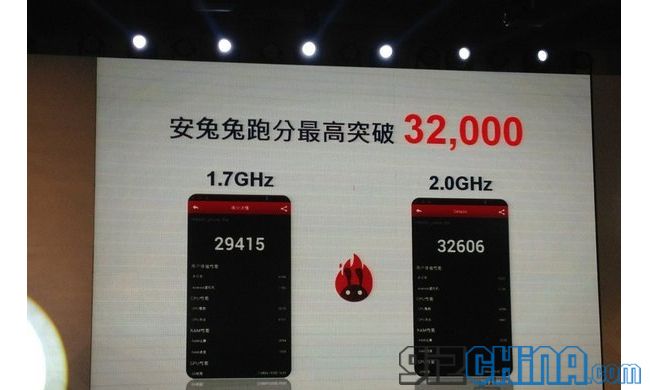 Today Mediatek has finally introduced to the world its latest 8-core MT6592 processor, designed specifically for Android devices. Mediatek's MT6592 is not the first octa-core chipset to land on the market, but the first "true" to be commercialized, as Samsung's Exynos, which runs on big.LITTLE technology, turns the cores on and off depending on the need with a view to saving energy and, therefore, never fully exploits the power of all its units at the same time. Mediatek's MT6592 instead!

The real need for 8-core processors is not yet tangible but, given Gameloft's announcement of game optimization, we will see the differences as quickly as possible.

Returning to Mediatek, the Taiwanese house presented the MT6592 in 2 versions: one with clock frequency from 1,7 Ghz (the one mounted on the Zopo coming out tomorrow), which recorded an impressive score of 30000 points, and another more powerful from 2,0 Ghz, which instead scores a monstrous 32000 score!