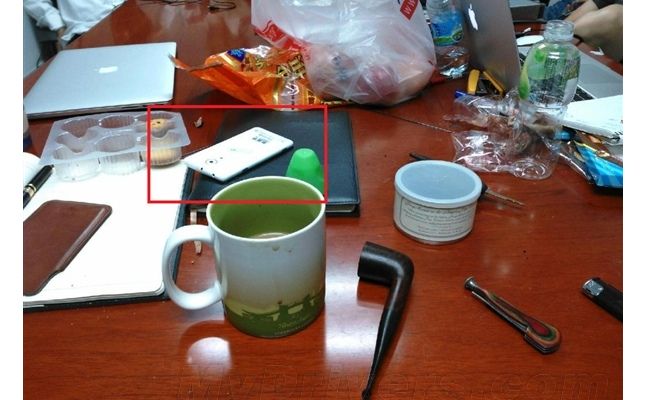 If the rumors that are circulating at this time turn out to be true, the Nubia range of the Chinese ZTE will soon welcome the new Nubia Z5S, equipped with the performance processor Qualcomm Snapdragon 800.

On the Chinese microblogging site Sina Weibo, the General Manager of Nubia Ni Fei, published a photo of a messy work desk in which, among other things, a new Nubia smartphone appears. Rather than being a Big Size Z7-style device, the model in the picture looks more like a restyling of the current flagship device and will probably be launched as Nubia Z5S.

The "S" stands for Speed  - Speed ​​- from which this phone will be characterized, which will use Snapdragon 800 vers. MSM8974AB from 2,3 Ghz (the same as Xiaomi MI3) and Adreno 330 GPU, also having support for TD-LTE and FDD-LTE networks.

Since it will be based on the current Nubia Z5, this new Nubia Z5S will probably have 5-inch Full-HD displays and a mega-pixel 13 camera.
Do you like our posts? Follow us on Facebook, Twitter, YouTube and G + so you do not miss all our updates!