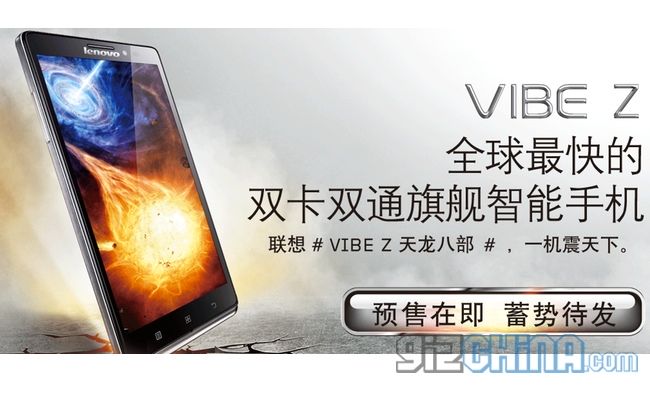 Rumors concerning Lenovo reveal specifications and name of the company's next flagship, the Lenovo Vibe Z.

This year, the launch of the Lenovo K900, an 5.5-inch FUll-HD with Intel Atom chipset, showed the world that the Chinese Lenovo is serious about competing with the big market like HTC, Samsung and so on. The Lenovo K900 proved to be a pleasant surprise, but we have the feeling that the company, among the world leaders in the personal computer industry, will be more successful with the newborn, the Lenovo Vibe Z.

Recently we became aware of rumors about the upcoming Vibe Z which were then surprisingly confirmed. The main change for the Vibe Z is the transition from an Intel to a Qualcomm, the 800 Snapdragon 2,2 from Ghz, which should prove to be more powerful (offering among other things 4G LTE connectivity, dual-sim support and development support). 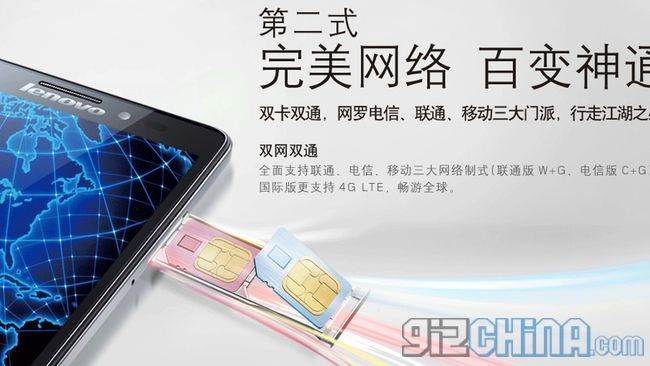 The specifications also include: 2GB of RAM, 5.5 display in inches Full-HD 1920 × 1080, 13 mega-pixel sensor Sony IM135, dual LED flash and a declared stand-by of well 278,5 hours.
The design of the Vibe Z is similar to that of the Vibe X equipped with Mediatek chipset, the thickness is just 7.99 mm.
Do you like our posts? Follow us on Facebook, Twitter, YouTube and G + so you do not miss all our updates!