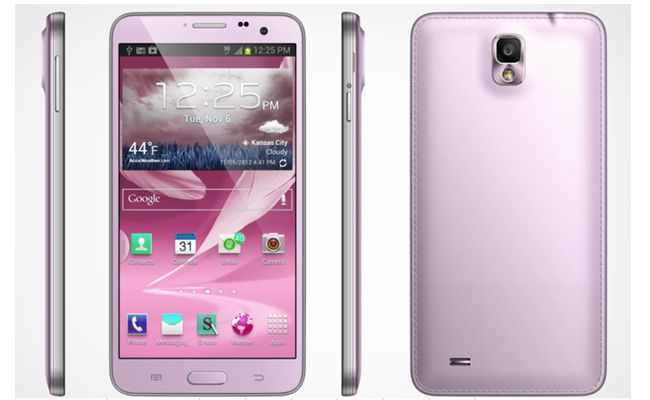 Elephone has only appeared on the Chinese mobile scene for a few months but it seems that it already intends to compete with more established companies. To support this hypothesis are the solid rumors leaked that Elephone want to launch its first 8-core within poco.

Elephone P8 will arrive after the P6 and P7 models and will be the biggest and the most interesting device of theelephant. With 5.7 inches Full-HD 1920 × 1080 displays and white, black and pink colors, the Elephone P8 looks a lot like the Samsung Galaxy Note 3 but presumably will cost much less.

The specifications have not yet spread, but according to rumor the Elephone P8 will be able to count on: processor MT6592 XTEXUMXTEXTEX core from 8 Ghz, option for 1,7-1GB of RAM and 2-16GB of internal memory, GPS, WIFI and battery from 32 mAh.
Do you like our posts? Follow us on Facebook, Twitter, YouTube and G + not to lose all our updates!