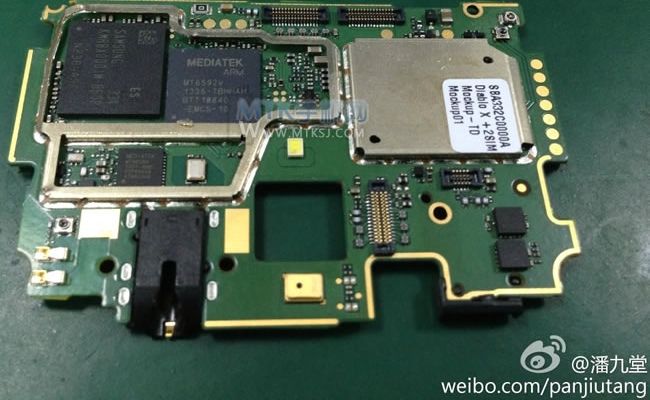 The Chinese company TCL, one of Mediatek's largest customers, released the photo of the printed circuit board of a mysterious 8-core MT6592 processor, code-named TCL Diablo X.

Although TCL is one of the largest customers of the Taiwanese Mediatek, it seems that the company will not be the first to launch a smartphone with an 8-core MT6592 chipset ... if on the one hand TCL would lose exclusivity, on the other hand it would acquire precious time for develop something special, like the alleged Diablo X could be.

The image of this circuit board appeared on TCL's official Weibo profile. According to rumors, the Diablo X could be equipped with 6-inch display, 2GB of RAM, at least 16GB of internal memory and 8-core MT6592 chipset.

As for the 8-core MT6592 processor, we should wait for the November 12, day of the Sony launch event in Shanghai, or the November 20 for an official launch made by Mediatek itself?
We'll see!