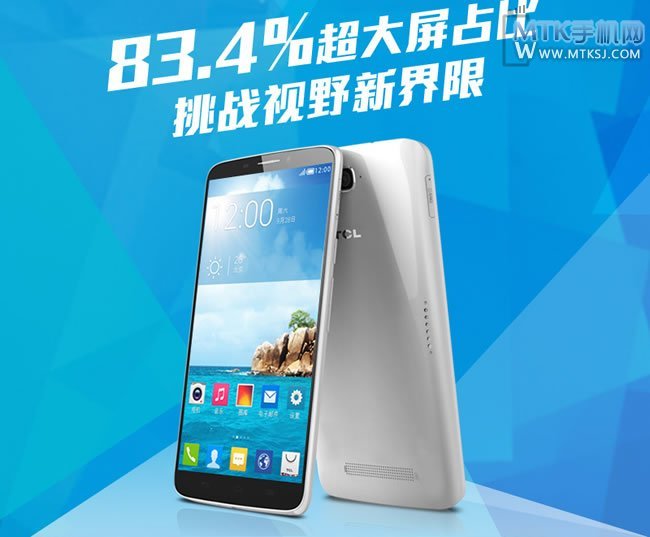 TCL is surprising everyone this year, showing an innovation trend worthy of the big international telephony brands!

After announcing the next launch of the TCL N3 phablet (that here you can see in the first photos of hands-on), the company has today released data on the percentage of screen of the front of the device.
As is known, the current trend is to increase the size (and resolution) of the displays more and more, while at the same time reducing the contour frames to a minimum, in order to allow a relatively easy use of the devices. 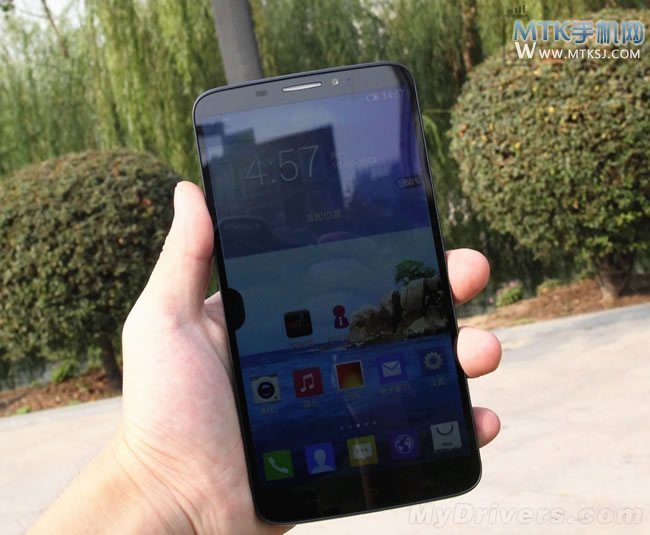 The data released by TCL tells us that the N3 has constituted in its frontal part by well the 83,4% of the screen, that is the almost totality of the section. The image above makes good the idea of ​​how reduced the frames and, in general, the outline of the phablet.

The 6 inches of the FULLHD display are, therefore, less "perceived", also thanks to the thickness of the N3 reduced to just 8,5mm.
TCL N3 specifications include the MT6589T quad-core processor from 1.5Ghz, 2GB of RAM, 16GB of internal memory, 13 mega-pixel rear camera, 5 front, 3.400mAh battery and Android 4.2.

The TCL N3 will be launched in China at a price that will oscillate between the 225 and 240 euro, accompanied by optional accessories such as the active e-ink flip cover, wireless charging and mini projector.