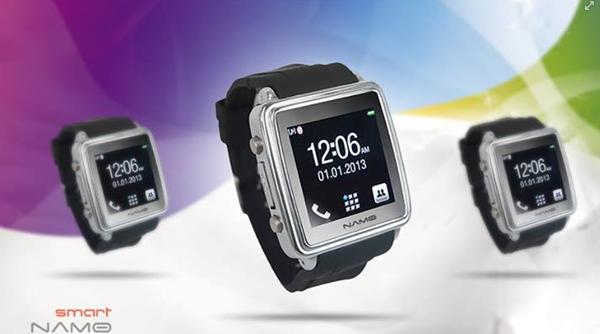 Smartwatches seem to be the object of desire this season!
After the official presentations of the first concepts, by the big companies of the sector (Qualcomm, Sony, Samsung etc.), even the smallest ones, like the Indian SmartNamo, are starting to take their first steps towards the ground of wearable technology.
For those who missed the news, too Google would be working on a smartwatch..
We must admit that we never expected an evolution on the smartwatch front with such speed!

As for SmartNamo, there are no official details on its upcoming smartwatch. To date, the Indian company has not released any information, however, according to rumors the new smartwatch will be based on the Android operating system and the fact that it could be included the call function in the User Interface, makes us think that it will be equipped with microphone and integrated speaker.

The device should be available within a few weeks, but we wouldn't be surprised if the wait time is longer, via the popular Indian e-commerce site Snapdeal. Another reason why it will be worth the wait is that the smartwatch will be sold for free in combination with a mysterious SnartNamo smartphone.
We hope so Saffron X!