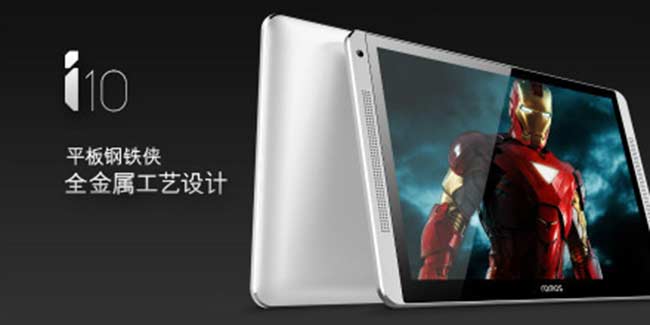 We had anticipated that Ramos, the well-known Chinese tablet company, was planning to launch a new series of "tablets" powered by an intel processor: the Ramos iSeries with Intel Clover Trail + processor.

The iSeries, made official these days, includes 4 tablets ranging from 8 to 11,6 inches, all powered by the Intel Clover Trail + processor. Today we have the opportunity to see the first images relating to the i10, the "medium" size tablet of the series which in the lines and design takes up the shapes of the HTC One in a very explicit way.

The explicit reference to the HTC One is also emphasized by the two stereo speakers on the front of the tablet. The other specifications of the Ramos i10 tablet include, as anticipated, the 2 GHz Intel Atom Z2580 (CloverTrail +) dual-core processor with 2GB of RAM and 16GB of internal memory (expandable with microSD). The rear camera is from 5 mega-pixels while the front one from 2.