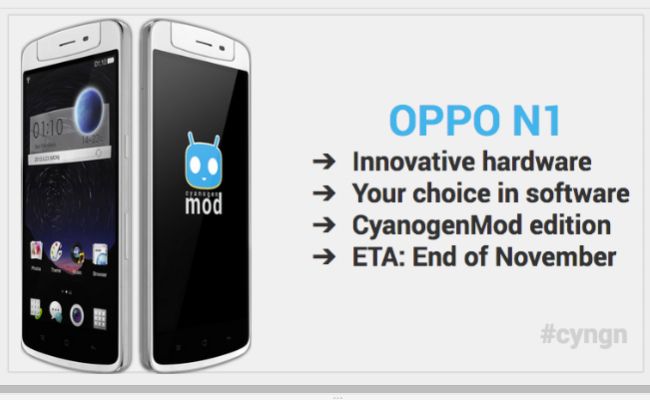 In addition to announcing the two versions of custom ROM that it is preparing to release, CyanogenMod has given an idea about the possible international launch date of the Oppo N1.

The Oppo N1 will be the first Android smartphone that will have the opportunity to choose whether to install the CyanogenMod ROM directly from its device, with a lot of support and - full guarantee - (the pre-loaded ROMs will be: Oppo and CyanogenMod version)
Another version will also be launched, in a limited edition, which will have the pre-installed CyanogenMod ROM.

We are already aware of the official launch in China later this monthand possibility for non-resident fans in the Asian country to participate in the Oppo Pioneer program, but when will it be released on the international market? According to what it suggests Cyanogen, the wait will end at the end of next month.