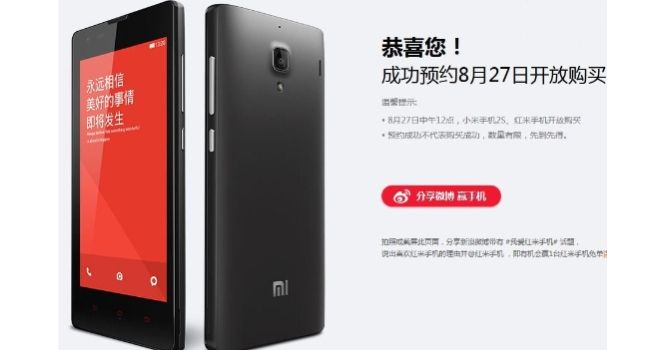 Despite the 8-core processors, the 2K 2560 × 1440 displays, the innovative cameras ... the Xiaomi Hongmi still remains one of the most sought-after objects in its own right. The good news is that a WCDMA version is on its way!

Sold at 799 yuan (about 96 €), Xiaomi Hongmi is currently one of the few smartphones available on the market produced by a reliable company with decent features. The problem so far (at least for us outside China) is that Xiaomi has opted for a quad-core MT6589T version that only supports China Mobile's TD-SCDMA 3G network. For months we have heard rumors circulating about a possible WCDMA version, but now we have an official declaration of Xiaomi. Xiaomi's co-founder and CEO, Lei Jun, has finally shed light on the matter by confirming that a dual-sim WCDMA + GSM version is in the company's plans. We do not know when, but we know it will be.