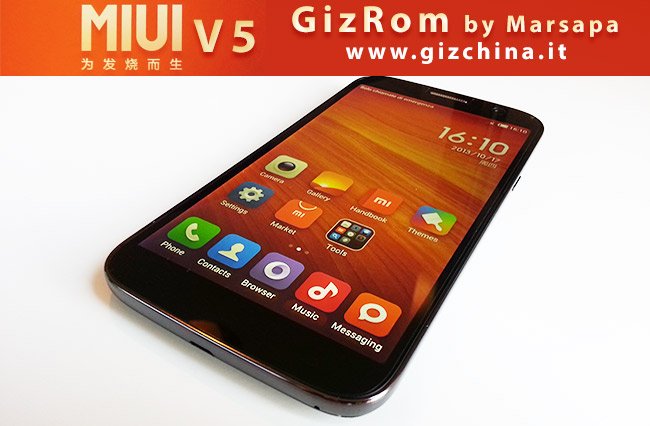 We announced the launch of the first ROMs "Made in GizChina" modded for you by Marsapa for Zopo ZP990 and ZP980 / C2, asking you which ROM Porting between the MIUI V5, the S4 Touchwiz and the Sony Xperia you would have liked to try before!

After about two weeks from the launch of the survey, the results are clear: the absolute favorite ROM from you readers of GizChina is the MIUI V5!

The porting of the famous interface of the Xiaomi smartphones has in fact obtained (in cumulative form between the owners of Zopo Zp990 and Zp980 / C2) well the 58,6% on a total of 769 preferences!

Obviously, this is not surprising, especially considering the high enthusiasm that has developed in recent weeks around the Xiaomi brand, also thanks to the launch of the new Xiaomi Mi3, of which we have proposed an exclusive review!

The ROM that we present today is therefore a port of the MIUI V5 interface, which will be followed in the next few days by the other two ROMs, the S4 Touchwiz and the Sony Xperia, which ranked in the survey first mentioned respectively second (with 25,4% - 196 preferences total) and third (with the 16% - 122 total preferences).

The first Roma about Zopo ZP990, Zp980, C2 and C3 devices. However, the GizRom MIUI V5 will be only the first of a long series of ROMs made in GizChina, a project that will be extended to devices of other brands, from time to time these will become available!

Here are some screenshots of the MIUI V5 ROM installed on Zopo ZP990 C7 Captain S, of which we proposed a review a few days ago. 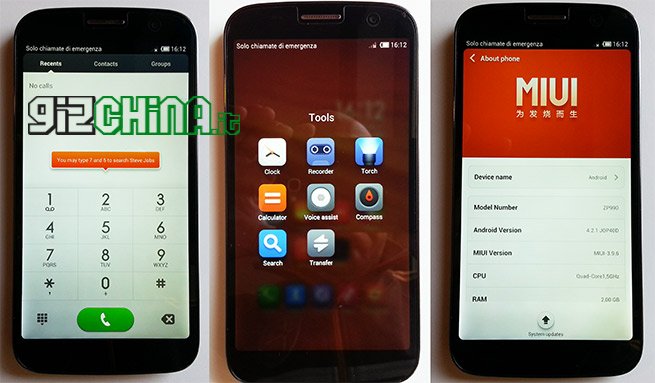 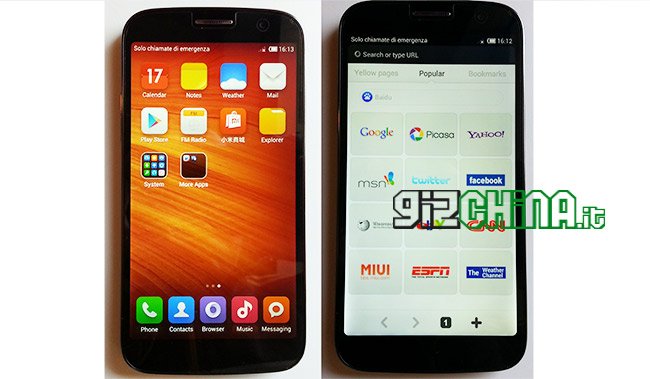 The Rom is not completely in Italian, but it's still very clear in use!

Here is the opinion of the Marsapa modder on the ROM:

The Rom Porting MIUI V5 for Zopo ZP990 / 980 / C2 and C3 is based on the 4.2.1 Android version 5 (3.9.6), multi-language (almost 100%) and the pre-installed playstore. The other Google Apps can be flashate via recovery.
Once installed, during the initial configuration it will be possible to select the Aosp keyboard or the original Miui keyboard.
The 3g works only on SIM nr. 1.
On this ROM the ON / OFF Stand-by function is activated with Flip Cover closing and opening.
No bugs found.

Well, you just have to install it! Here are the download links:

For the installation of GizRom it will be necessary to perform the following operations:

1. Download the zipped file and copy it to the phone memory;

2. If you have not already done so run the root with eroot;

3. Restart the device in recovery (if you have not installed it yet, use it Mobileuncle Tools). Here are the links to download the recovery:

4. Once entered into recovery, perform the "wipe cache partition" and the "wipe data / factory reset" come on "Advanced"The"Wipe Dalvik Cache"(The menu items can be scrolled with the + and - keys and the selection is made using the power key);

I remind you that for the execution of the Root and the update of the recovery you can always refer to this guide, but obviously using the appropriate files for your device!

All that remains for me is to wish you "Buona Rom" and ... greet you by returning to the next GizRom "S4 Touchwiz" !!!

NB: The operations described on this page must be carried out with extreme caution. Therefore, the author of this post (and video) declines any responsibility regarding consequences of various kinds.