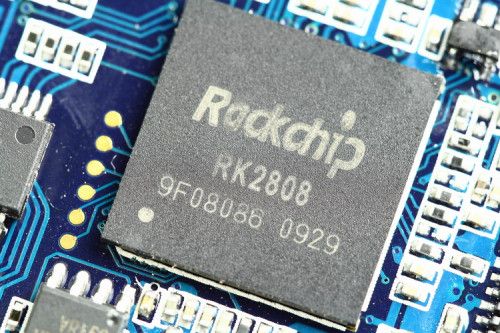 Some executives of the semiconductor company ROCKCHIP, have confirmed that the company is working on a more performing generation of quad-core processors, which should replace the current RK3188 series.

Mediatek seems to have monopolized the scene of cheap mobile devices; In fact, Rockchip hasn't done much talking about itself lately. However, the company has enjoyed considerable success this year, culminating in its highest point with the supply of some hi-tech big names including HP (HP Slate 7) ...
Now it seems that he is working on the next generation of chipset, the RK32xx! The RK32xx processors will be produced with 28nm production process and will be based on a quad-core platform, with frequency from 1,8Ghz and Cortex A12 core architecture. The Mali T624 GPU will handle the graphics and support DirectX 11 and video playback in 4K.
The RK32xx will also support a very large number of RAM technologies: DDR3, LPDDR2, LPDDR3 ...
The chipset should reach companies as early as 2 quarter 2014, we hope to see devices with this new "bomb" in the second half of next year!