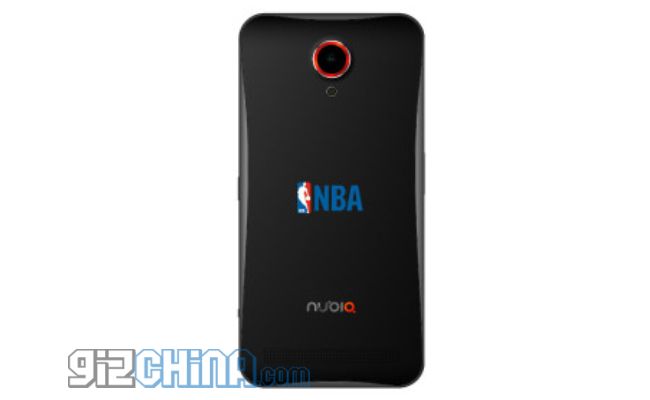 Immediately after the announcement of the launch of the flagship Nubia Z5 and of the "younger brother" Z5 Mini on the American market, (which took place just 2 weeks before the sponsorship agreement with the Houston Rockets) ZTE has released at the hands of its Public Relations manager, the image of a new smartphone, probably designed for strengthen the position of strength acquired in the USA… the new Nubia Z7 -NBA Edition.

The image above shows the back of this new Nubia Z7, featuring the official NBA (National Basket Association) logo.
According to rumors this new gem should be equipped with a 6,3-inch display, 8974 Ghz Qualcomm Snapdragon MSM2,3AB processor and new 550 Mhz GPU.

Although powered by the same CPU used by Xiaomi MI3, Nubia Z7 should cost a lot more.
The launch at the moment, is expected only in the United States and China.