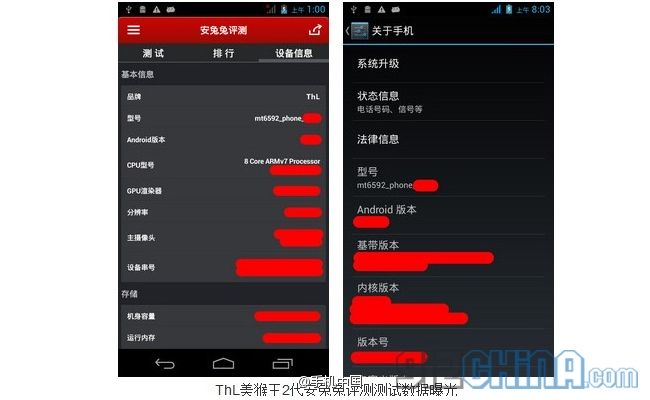 THL is currently the company that with Zopo started the run-up to launch the first smartphone with Mediatek MT6592 8-core chipset in the world. Who will have the best?

Poco after having stumbled upon the first photospy that showed a mysterious 8-core Zopo smartphone, here are the first shots of the THL Monkey King 2! As for Zopo, some details have also been hidden here, but we can well see that the chipset that THL's next device will equip is an 8-core MT6592.

Strangely, the notification bar shows a strong signal for a single SIM ... Will the Monkey King 2 also be equipped with LTE support?
According to rumors, it seems so; the Monkey King 2 would already have support for TD-LTE, LTE-FDD, TD-SCDMA, WCDMA and GSM networks.