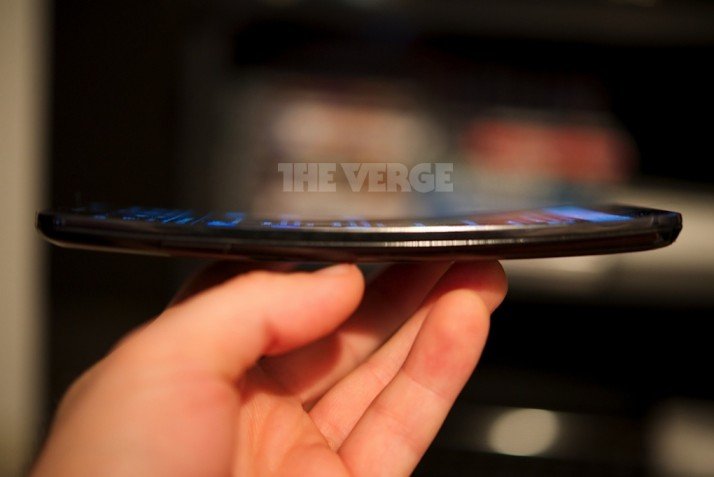 After we had communicated to you earlier in the last two weeks, theat the news of the launch of the curved display of LG (which in fact anticipated the arrival of the LG G Flex) and then shown the the first exclusive hands-on video of the Samsung Galaxy Round, today let's talk about innovation ... LG G Flex is presented to the world!

To date, we have seen LG G Flex rendering and its curved OLED display, but not even the shadow of concrete photos.
The Argentine television station Telefe, however, seems to have managed to get the phone to make a video hands-on and the first shots in exclusive world!

According to the South American broadcast, the new LG G Flex would have a diagonal of 6 inches with buttons on / off on the back (like the LG G2) under the camera, which according to the journalist who provided the images, should be from Mega-pixel 13.

LG G Flex should be launched within a month in South Korea, however, no mention is made of the introduction of European, American or South American markets ...
Also LG G Flex like Samsung Galaxy Round will be just a prototype?