Yesterday, most of the blogs had jumped because of the indiscretion that the two big Korean companies, Samsung and LG, would be about to present smartphones with curved displays. If yesterday, however, was only a voice, today is something more .. I have in fact emerged images of what would be the new jewel of LG, the G Flex and a benchmark that would confirm the launch soon!

According to rumors this innovative device will be called LG G Flex and will have a very special 6 inch OLED display characterized by a curvature in the central part, designed to make the phone "stick" better during calls.
The screen resolution is a mystery though, it should be HD 1280 × 720 ...
The technology is not new to the LG house, as in a press release last May it introduced a TV OLED curved by 55 inches, but had never been applied to the mobile segment. 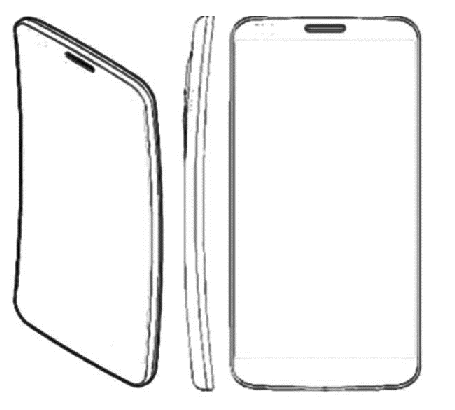 A few hours after the spread of the images in the concept of the new G Flex, here is another clear proof of its existence and of its possible commercialization already in November. Despite the particularity of this device should be the curved screen, to see the results of this first benchmark, LG seems to have wanted to equip its new smartphone of a respectable hardware sector.
The processor will presumably be a quad-core Snapdragon 800 and GPU Adreno 330.
As you can see, the display compared to the F340 (code name of the G Flex) is LG G2, the flagship device of the Korean company today ...

Samsung should present its device with this new technology next month, but it is rumored that it is already working on a restyling of the Galaxy Note 3 with this special curved display.
However, it is good to clarify one aspect!
These new displays are not "flexible" as the alleged name of the LG device might suggest, I'm alone, so to speak, bent. We are still far enough away to see really flexible displays, but we are confident; in fact, despite the crisis, the big names of the sector are continuing to invest heavily in research and innovation.