At a time like this characterized by the systematic release of new smartphones, all with quad-core chipset and Full-HD display, here is a new device that breaks this routine, the ZTE Switch X1. The device has been spotted on the WI-FI certification database.

ZTE Switch X1 could be the first device of the Switch series, even if the certification document does not tell us much about it. It will run a rather dated Android 2.3 Gingerbread but will still support 3G (WCDMA) networks. A strategy that ZTE, which could actually work since most companies, now as now, are facing the front of the topgamma. 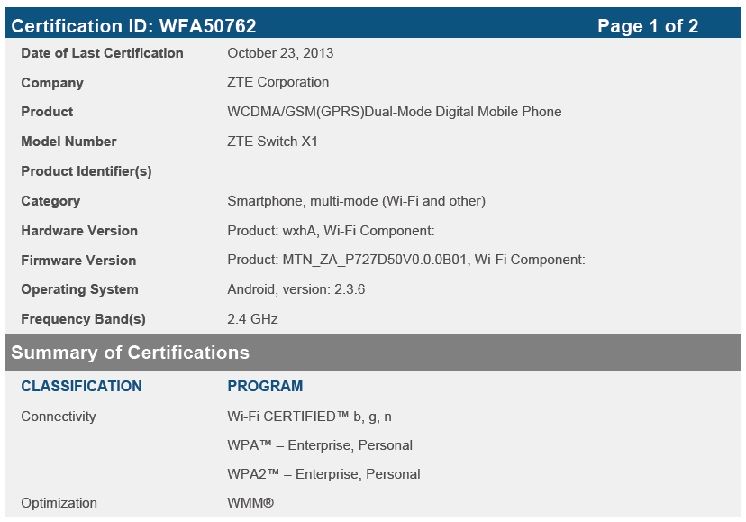 The company has recently succeeded in attracting i overseas markets. In fact, not long ago, ZTE announced theU988S, the first smartphone with Nvidia Tegra 4 chipsets in the world.