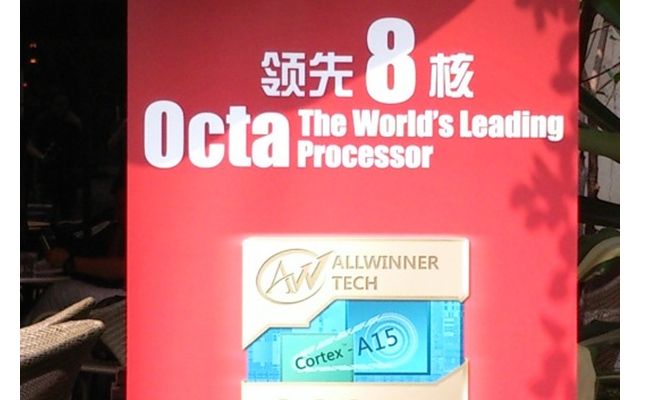 Allwinner yesterday organized a small event, in which he announced his plans for the two-year 2014 / 15.

Allwinner does not like the monopoly situation on the domestic market enjoyed by Mediatek and hopes, through its new products, to be able to put the sticks in the wheels to the Taiwanese company.

For 2014, two quad-core chipsets for tablets will be launched: A6X, based on the Cortex A7, and A15 with a clock frequency of 2 Ghz, in addition to the new WX series, for smartwatches and other wearable devices. 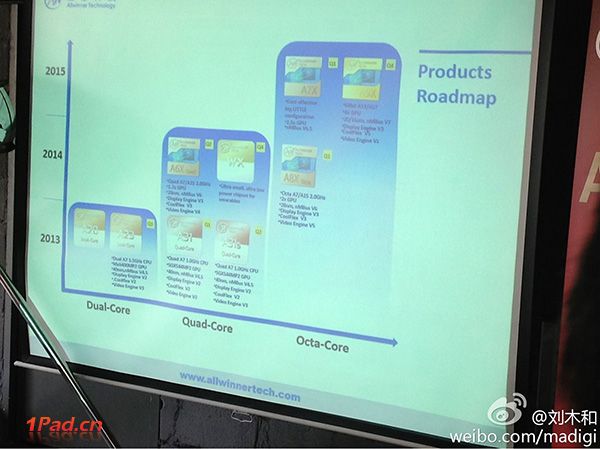 For the fourth quarter of 2014, Allwinner will make its first octa-core processors (almost a year behind Mediatek), known as the A7x, A8X and A9X. The A8X will be based on the efficient ARM's big LITTLE technology, and consists of four A7 cores and four A15 cores. In the first period of 2015 then, we will see the launch of the first 64bit processors with A53 and A57 architecture.

We are convinced that the competition between Allwinner and Mediatek will do well to the market, but to really "disturb" the Taiwanese company, Allwinner will absolutely have to anticipate the release of its new products.