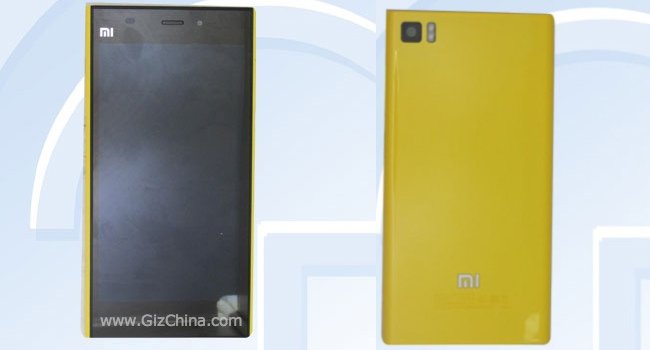 A yellow Xiaomi MI3 has been spotted on the TENAA website, thus communicating that the flagship device of the Chinese house is officially ready to be sold throughout China.

The Chinese Ministry of Telecommunications is the official body that checks all smartphones and tablets to ensure compliance with WIFI and network regulations. As soon as the information that the device is found to be compliant is released, TENAA is an excellent source for more news about it.

This is probably the reason why Xiaomi officially presented its MI3 a month before the launch, thus avoiding possible rumors. The yellow Xiaomi MI3 that appeared on the logs today indicates that the device has obtained network licenses for both the Tegra 4 chip and the Snapdragon 800 chip.

Chinese fans who want to buy the smartphone will have to do it through the official Xiaomi store, at least for the first batches. In addition to the two different processor models, the choice is also possible as regards the internal memory: the 16GB option will cost $ 326 (about € 246) while the 32GB option will cost $ 408 (about € 308).
If you like this article and do not want to lose all our updates click "like" on our page FACEBOOK, Follow us on TWITTER e YOUTUBE , or add GizChina to your circles in GOOGLE +.