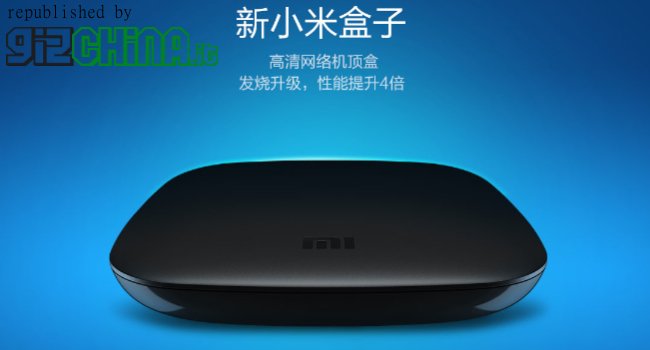 Xiaomi BOX has been on the market for almost a year, so the company has decided to launch an updated version that will improve both performance and connectivity.

Today an updated version of the box was announced with a faster 1.5Ghz processor, 5Ghz WIFI (to manage streaming faster), built-in Bluetooth 3.0 to connect wireless speakers and a new 11-key remote control (the same used on the new Xiaomi MiTV).

Increasing the speed of the CPU is definitely the most interesting thing along with the rumors that the Xiaomi Box and the Xiaomi TV will have their own "MIUI Game Market". The power offered by the Cortex A9 CPU should help improve gaming and overall performance.