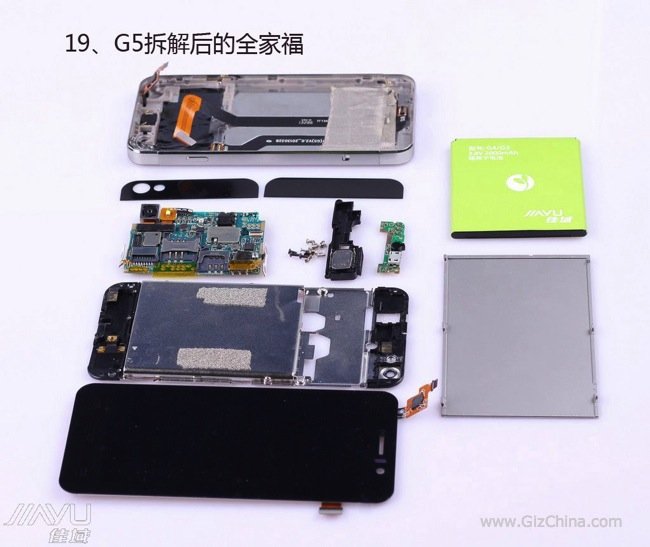 The JiaYu guys spent some of their time taking the JiaYu G5 apart to peek inside its stainless steel body.

Last week GizChina offered you a first hands-on phone, which showed the build quality and solidity of stainless steel. Let's look at the inside of a JiaYu G5 in more detail.

We have posted only a selection of photos of the dismantling of the JiaYu G5, but for those who want to see them all can do it on the JiaYu forum here .

As we showed last week, the back panel on the G5 is made of stainless steel and is removed very easily by a steel switch on the side of the phone. The teardown we see here is done on a black version of the JiaYu G5. 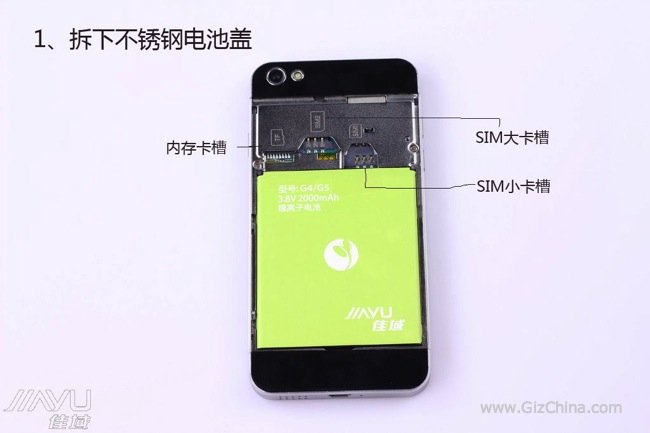 By removing the back cover you can see the battery, SIM and microSD slots. 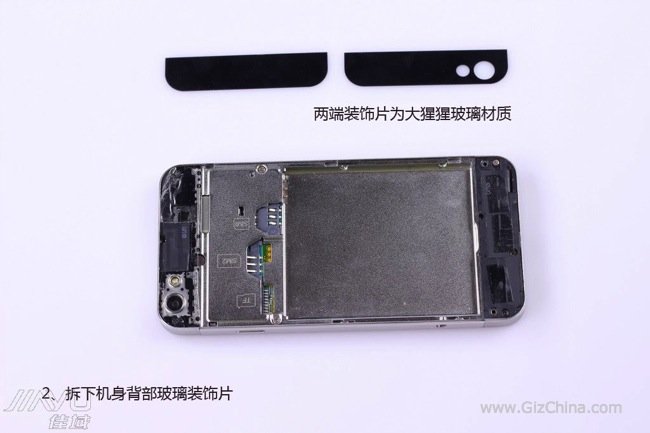 Then the battery is removed together with the two panels, top and bottom, plastic. 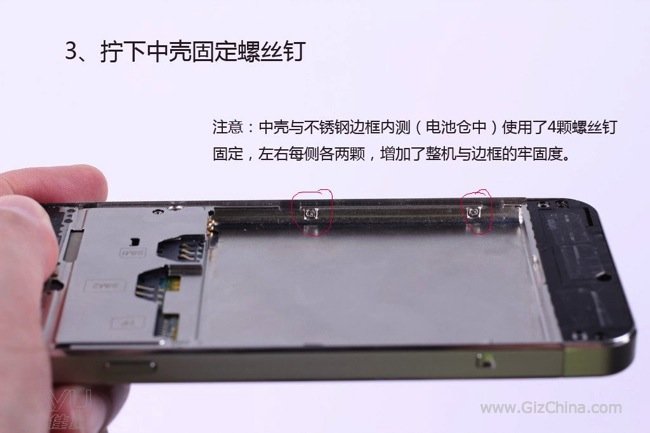 At this point the screws on the sides of the battery panel must be removed. 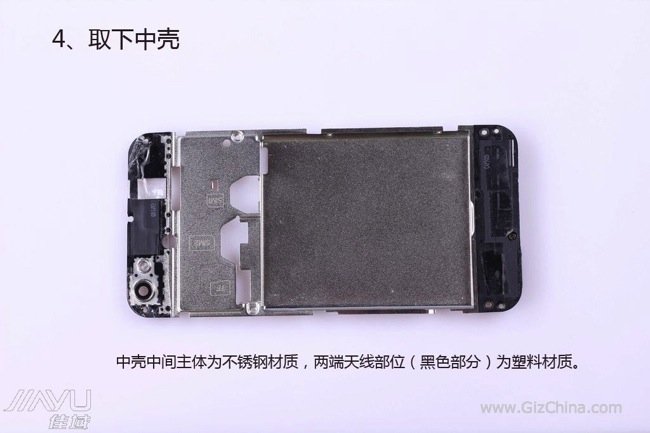 Once the screws in the battery compartment are removed, this is the turn of the camera module 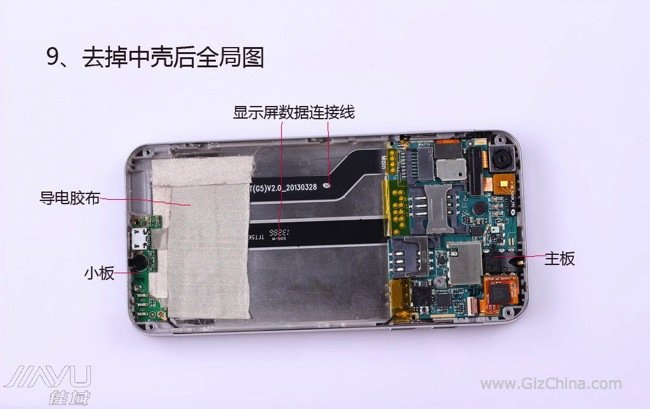 The main frame houses the micro USB, PCB and cameras. 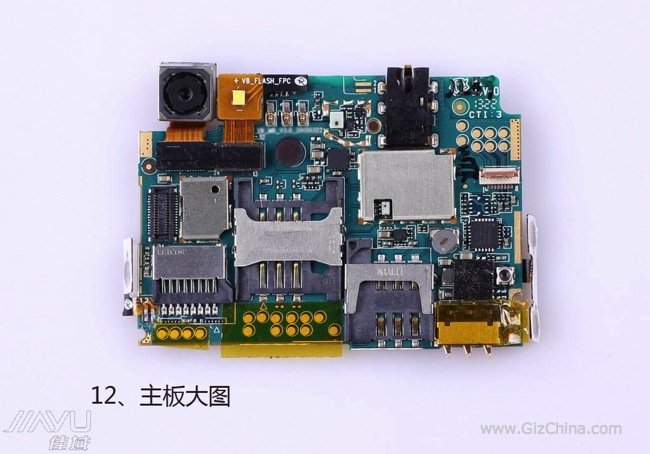 All antennas are mounted on the main board. We can see the rear main camera, dual SIM, battery connector and Micro SD card slot. 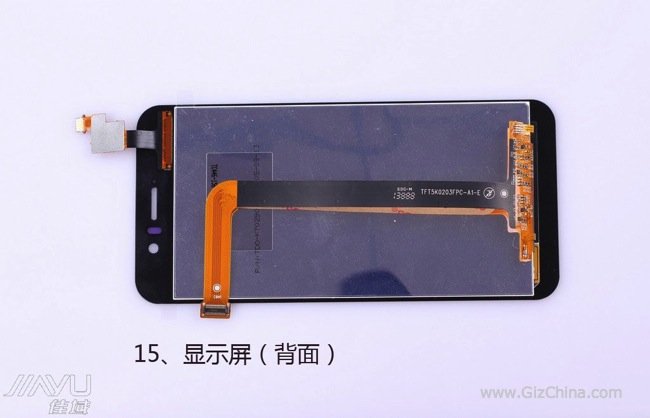 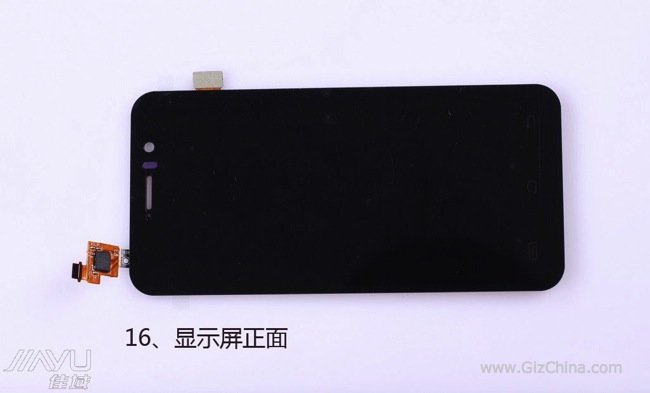 The screen of the JiaYu G5 is very similar in shape to that of the iPhone 5 and is glued to the glass front panel. You can also see from this photo that the JiaYu G5 has no physical HOME button.

This is the completely disassembled JiaYu G5. The process doesn't seem all that difficult and could mean some repairs could be done at home (if you're feeling brave).

JiaYu hopes to start selling the JiaYu G5 before the end of the month, but we think it is more likely to start in the middle or end of October.

To get more information on the JiaYu G5 look at ours hands-on video here.