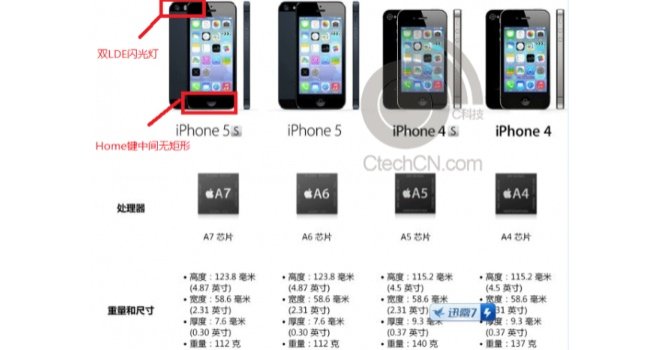 Apple informants have found a mine of rumors today; the Chinese hi-tech site CTechnology, in fact, has published the detailed specifications of the new flagship smartphone of the Cupertino company.

By now you seemed certain that Apple will present two new models tomorrow. The Iphone 5C, economic version with plastic body and different colors and the flagship 5S, from 'look almost identical to the current IPhone 5 but with some updates.

So what are these updates? According to CTechnology, the specifications of IPhone 5S include an 4-inch Retina display with 1136 × 630 resolution, an A7 dual-core processor, 8 mega-pixel rear camera with F2.0 aperture (the same as the Meizu MX3), support for video from 1080p and 120 fps, 1.2 mega-pixel front camera, fingerprint reader and 250 hours in stand-by.

Not particularly surprising when compared to the current Android devices made in China, but more than enough to make enthusiastic "apple" fans enthusiastic.