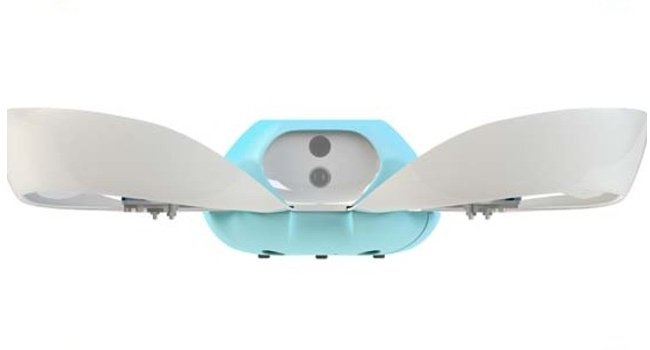 Have you ever imagined owning your own flying robot? Well, now you have the chance to have one with Spiri Kickstarter.

I remember when I was a kid and my only device was a Nintendo, I saw a movie called "Battery not included" and I thought how exciting it could be to have my personal flying robot.
Now it is possible, and although it does not have an extraterrestrial origin, Spiri has its own intelligence and is also quite nice.

There is a small Canadian start-up behind the Spiri Kickstarter project, which combines the stability and maneuverability of a quad-copter and the ease of programming an app to create your own drone.

Spiri will be equipped with a powerful processor, a motor and skills necessary to avoid obstacles ... but it will be the task of designers and hackers to design tasks to be carried out to Spiri.
The aerial potentials range from the creation of photos and videos to the sighting of mines!

The project is still on Kickstarter.com, where you can learn more about the idea and, if you want, support the development team if you want to be part of it.

Here are which Xiaomi have the virtual proximity sensor