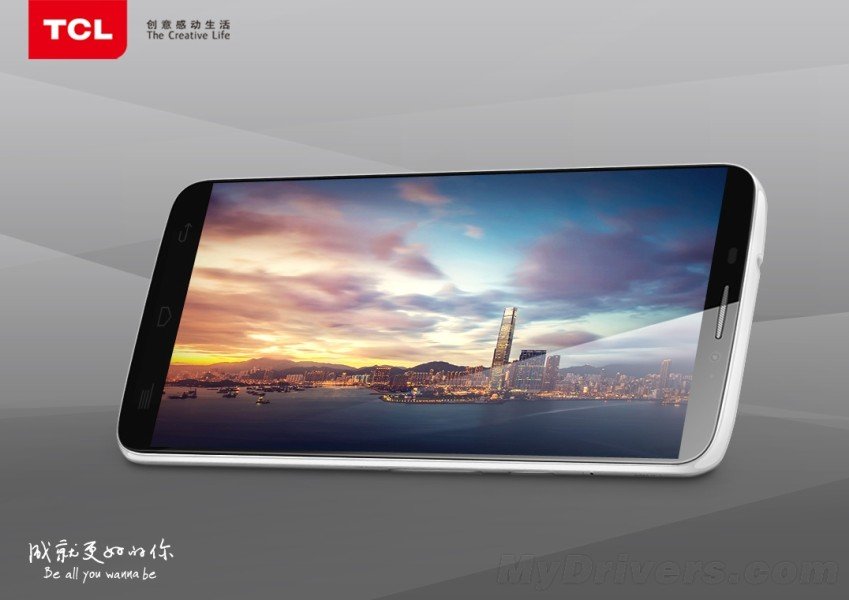 TCL has released an official render of the new 6 inch TCL N3 phablet, a phone that could also be available internationally as an Alcatel branded model.

We've seen some of the leaked photos of the TCL N3 over the last few months, but now the TCL has released this official promotional render of their 6 inch FULLHD phablet.

According to reports from TCL, the N3 will be powered by a Meidatek 1.5Ghz MT6589T processor, with at least 2GB of RAM, 5 mega-pixel front and rear 13 mega-pixel cameras and a 3400mAh capacity battery. Even though the display is 6-inch, TCL's designers have been very good at keeping the total size small thanks to the almost total absence of the display's outer bezels. The edges of the TCL N3, in fact, are reduced to a minimum, as you can see from the photos! Size, pricing details and launch date are still currently unknown.
If you like this article and do not want to lose all our updates click "like" on our page FACEBOOK, Follow us on TWITTER e YOUTUBE , or add GizChina to your circles in GOOGLE +.