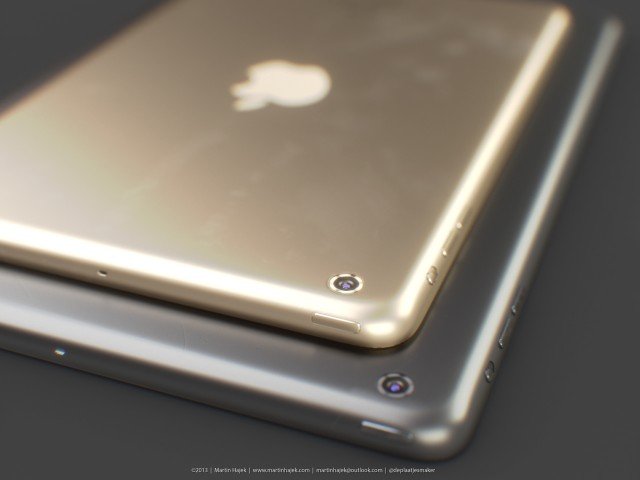 Now the "Gold" version of the devices is just in fashion! Apple produced it with the iPhone 5s and HTC seems to want to launch one soon. But Apple has decided to exaggerate and seems to be launching an iPad Mini 2 Gold!

The Apple should soon launch (before the end of the year) the new iPad Mini 2 and the iPad 5, probably before the Christmas period. Thanks to the numerous leaks, the design of these two new devices is no longer a mystery! 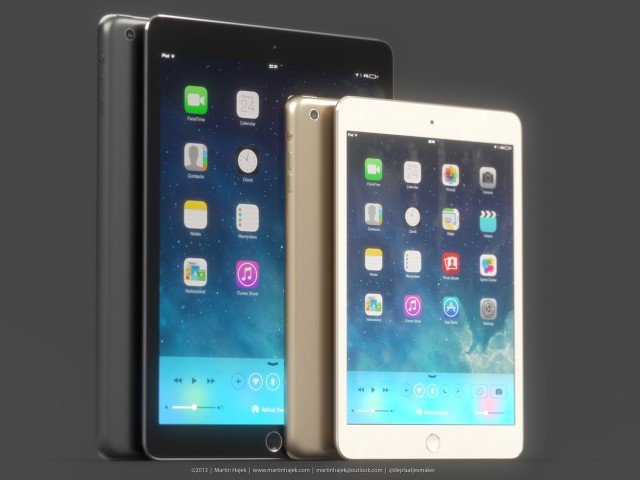 The leaked images and renderings that have already been released a few days show a possible iPad Mini 2 in gold. The render here at the top gives us the opportunity to take a look at the possible future iPad, very similar to the mini version of the Apple tablet.

Furthermore, it would appear that the iPad Mini 2 Gold and the new iPad 5 should be equipped, like the iPhone 5s, with a fingerprint reader.