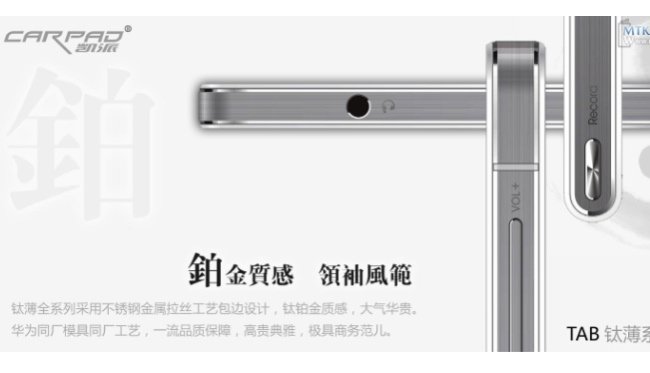 The new series will initially consist of 5 models powered by Mediatek quad-core MT6582 processors from 1.3 Ghz and / or MT6589T from 1.5Ghz or octa-core MT6592 from 2Ghz and with up to 2GB of RAM, with the possibility to choose between 5 and 6 inches .

Carpad basically took the design of Huawei P6 and modified some measures to accommodate larger screens and removable batteries. For example the T6 from 6 inches will just measure 7.6mm and the 5 inches only 6.7mm and both will have thin frames from 2.9mm.

Although Carpad proved to be rather sluggish when it comes to design, he did a great job in the hardware business by equipping his devices with top-of-the-range specifications. T5 and T6 offer NFC, sound attenuation, rear camera from 13 mega-pixel, dual-sim support, octa-core processor and 2GB of RAM.

Price and release date have yet to be announced, but do not expect the 8 core model before the end of the year.