The low-end of Chinese phones has literally flooded the phablet market with large displays for months, but now we are witnessing a fast "average" improvement of the hardware that these great devices have! Let's take a look at the best Chinese 4 phablet from Oppo, Geek, Coolpad and Vivo!

A quick search on the web can make us realize that it is easy to come across Chinese phones with big screens. The 6 inches are now the most common cut, also equipped with 2GB of RAM, quad-core processors and FULLHD resolution. The problem is that most of them represent, especially as regards the processor, the "basic" choice that customers could make.

Let's see what the market reserves for the most sophisticated customers, analyzing the products that currently offer the best, but remembering that TOP GAMMA also means higher price!

The Geek is the youngest company on this list, but this new Android device maker has already caused quite a stir and received the support of the "technology giant" Baidu!

The Geek debuted with the launch of several Android devices: Geek Eye (phone with CPU Mediatek), Geek Mars, Geek Watch and Geek Ring. Geek announced its devices, including the Geek Watch, even before Samsung's announcement of its Galaxy Gear ...

Specifications of the Geek Mars

The GEEK Mars is a 5,85-inch Android smartphone with a 1920 x 1080 FHD resolution. The design is very similar to the leaked (and fake) photos of the Oppo N1, seen a few weeks ago. It is a very elegant device with very small bezels which contribute to the reduction of the total size of the phone. The dimensions of the Mars in fact are 158 x 80 x 9,7 mm with a declared weight of 197 grams.

Behind the Geek's large laminated OGS Sharp display is a 600Ghz quad-croe Snapdragon 1.7 processor, 2GB of RAM, 16GB of internal storage with Geek custom Android 4.1 operating system. The Geek OS was designed to synchronize with the Geek Watch Android. Other features include a 3100mAh battery, 13 mega-pixel rear and 2 front cameras.

Probably the Geek Mars will not be a very easy phone to find, as the Geek seems to want to adopt a line similar to some of its competitors ... 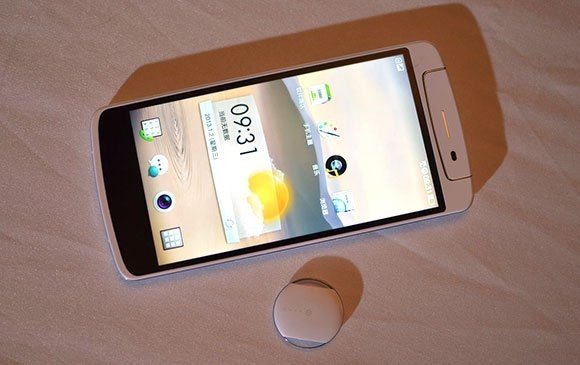 L'O is the newest of the 4 phones on this list. It was launched only last Monday and only since yesterday the Chinese Ofans have the possibility to pre-order the device0. International fans will have to wait until December unfortunately.

Features of the Oppo

The Oppo N1 is one of the most innovative and original phones on the list. It has a single 13 mega-pixel camera mounted on a rotating panel along with the dual LED flash. This rotation of the camera allows you to use it as both a front and rear camera and, in addition, gives you the possibility to take selfies without the use of a tripod (simply adjust the camera and place it on a flat surface). 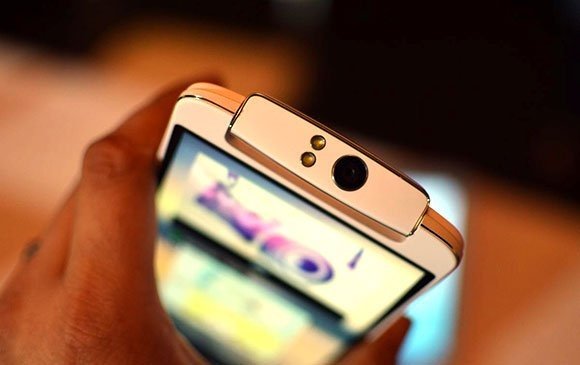 But the features do not stop there, however, the device comes with the O-click, the remote bluetooth to take pictures and touch panel back for use with one hand, despite the large size of the device (L'N1 It measures 170,7 x 82,6 x 9 mm and weighs a total of 213 grams).

Looking at the Oppo N1 "inside" it is possible to find a hardware similar to that of the Geek Mars, or a 600Ghz Snapdragon 1.7 processor, 2GB of RAM, 16 / 32GB memory options, but with a larger battery from 3610mAh, Android 4.2 (and the ability to install CyanogenMod) and 5,9-inch display.

The N1 was launched at a price of $ 571, about 422 euros in China. The "international" price has not yet been announced.

Il I live Xplay has long been on the market and is one of the devices on the list most easily available in China thanks to VIVO stores, its sale in electronics stores and even supermarkets.

Specifications of the Vivo Xplay

The Vivo Xplay is the smallest phone on the list, with a "only" 5,7-inch display. It is also the thinnest of the group with its 7,99 millimeters in which, however, the Vivo managed to insert a 3400mAh battery! Really impressive!

Like the other devices on the list, Xplay also has a 600GHz 1.7 Snapdragon processor, 2GB of RAM, optional 16 or 32GB internal memory, NFC, 13 mega-pixel rear camera and a full 5 mega-pixel front camera. it also has Air Gesture similar to those of the Samsung Galaxy S4 and the ability to scale the size of windows on the screen to facilitate one-handed operation.

As usual Vivo has equipped the Xplay with impressive audio features including an OPA2604 amplifier from Texas Instruments, as well as Cirrus Logic CS4398 DAC and CS8433 stereo for rich sound and excellent sound quality.

even the Coolpad Magview is a new device launched just a few hours before the Oppo N1. Like the N1 it has a 5,9 inch display, Android 4.2.

Specifications of the Magview 4 Coolpad

CoolPad is the only manufacturer on this list that doesn't use a Qualcomm processor. In fact, the company has decided to use the 4Ghz quad-core Nvidia Tegra 1.8 processor for its top of the range. The Tegra 4 is supposed to deliver extraordinary performance, but the price to pay is that it is not compatible with most 3G networks worldwide! The Magview, in fact, will only work on the China Mobiles TD-SCDMA network.

The phone is strong and sturdy, and 3000mAh battery, NFC and 2GB of RAM are included under its alloy frame. The CoolPad also announced that the phone will feature a 13 megapixel rear camera, dual SIM support and a microSD expansion slot.

From the point of view of innovation, applause goes to Coolpad, which has equipped the Magview 4, as well as the wireless charging dock, with an intelligent accessory that, when worn, will give us information about the health and exercise required!

Those who are annoyed by the news that the Coolpad Magview will not work outside of China, I can console (or get angry even more!) By reading the price of well 653 dollars (about 480 euro)!

Other Chinese phones with large displays

In addition to the phones listed here are other devices with large displays, the high-performance phones from ZTE, Huawei, and Lenovo. Which do you think is the best of the bunch? Do you own one of these devices? Are you planning to buy one?

Xiaomi Band 7 Pro official with GPS and other news: finally ...