According to some leaked news coming from Greece, the Htc is about to launch a version of the HTC ONE 8-core and 3GB of RAM!

The Greek website Techcommunity.gr posted this image which should have been taken on an HTC One prototype. From the specs you can see that the phone has a 4,7-inch display, an ultrapixel camera and an Octa-core CPU with 3GB of RAM. 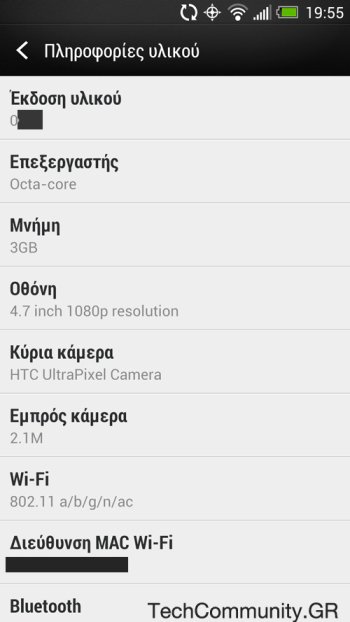 We do not know if this screenshot is a fake or if HTC is actually working on the new HTC ONE 8-core.