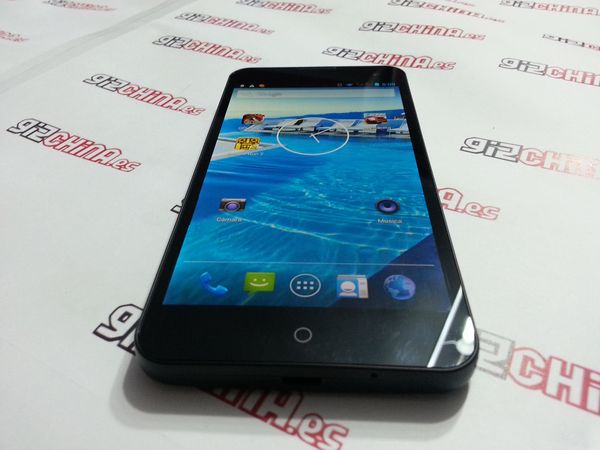 Friends of GizChina.es they sent us this beautiful review on the FAEA F2, the first Chinese FULLHD phone with NFC support!

the FAEA F2 sent by powerplanetonline.com  has a Mediatek MT6589 processor from 1,2 GHz and despite the FullHD resolution, which usually "weighs" a lot on processors that are not exceptionally performing, the graphics tests have yielded satisfactory results.

First of all, let's see them technical features of the FAEA F2s:

One of the main features of this phone, in addition to the FULLHD resolution of course, is NFC support. Let's see the Unboxing:

The screen is from 5 in. IPS with FullHD resolution (1920 x 1080) and 441 px density, so a screen with a good definition. The FULLHD screen makes this phone ideal for those who want to use it for watching multimedia content, browsing the internet, etc.

As already mentioned, the FAEA F2 mounts the Mediatek MT6589 processor to 1,2 Ghz clock. Most people will think that such a processor is not enough for a phone today, but this is not true. The phone is fluid both in the use of the system and in games. Of course, we're not talking about the latest games, for which higher-level phones are needed. We show below the execution of some tests with the game "Temple Run".

Regarding the software the ROM is almost a pure Android 4.2. There are only a few tricks, but nothing compared to what we, users, can do to customize!

Aesthetically, the FAEA F2 is very pleasant, with beautiful design and color. The red lines around the camera mean that the design is very modern and has a right weight to be carried in your pocket without problems. Like the JiaYu G4 the main buttons are not illuminated. Below you will find a small collection of photos.

The guys at GizCHina.es strongly recommend the purchase of the FAEA F2 to all those who use the phone in a normal way. The FAEA F2, in fact, to watch movies and surf the Internet is a great phone, thanks to the big screen and good resolution.