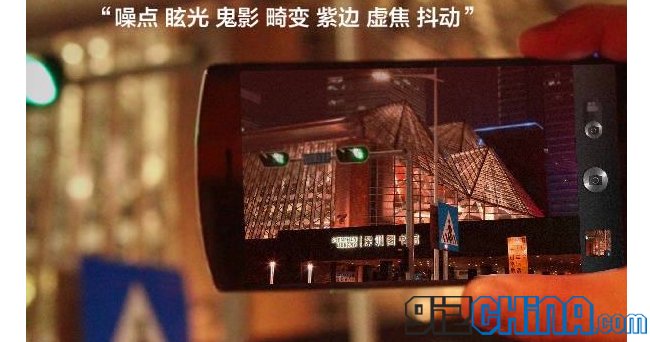 Oppo has just released this promotional image in which you can see the first real photo of the Oppo N1!

Oppo is making a lot of efforts to keep the "Ofans" properly informed of the upcoming launch of the Oppo N1 and even today has, in fact, released promotional material with a real photo of the new phone!

From this photo it is certainly not possible to take a "full" and detailed look at the new N1, but only the upper part of the phone, the camera user interface and the thin frames are visible. The frames so thin, in fact, seem to make the 5,9 inch display of Oppo much smaller, so that the Oppo N1, despite the large display, seems to be quite easy to use with one hand! 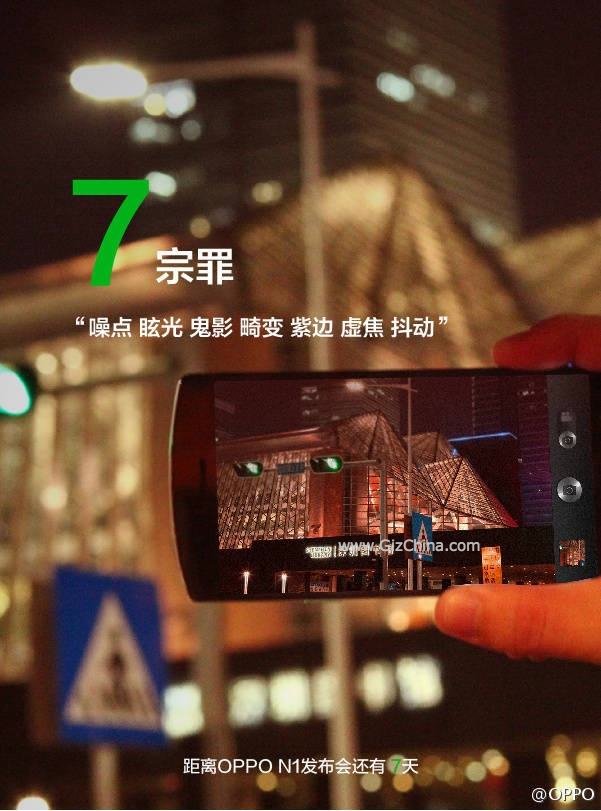 The text on the image speaks of the phone's rear camera, more precisely of the N1's ability to capture light and reduce blurring and "noise".

Oppo will officially launch the Oppo N1 on the 23 September, but other leaked information video teaser they will certainly keep us updated while waiting for the release! Stay tuned!
If you like this article and do not want to lose all our updates click "like" on our page FACEBOOK, Follow us on TWITTER e YOUTUBE , or add GizChina to your circles in GOOGLE +.