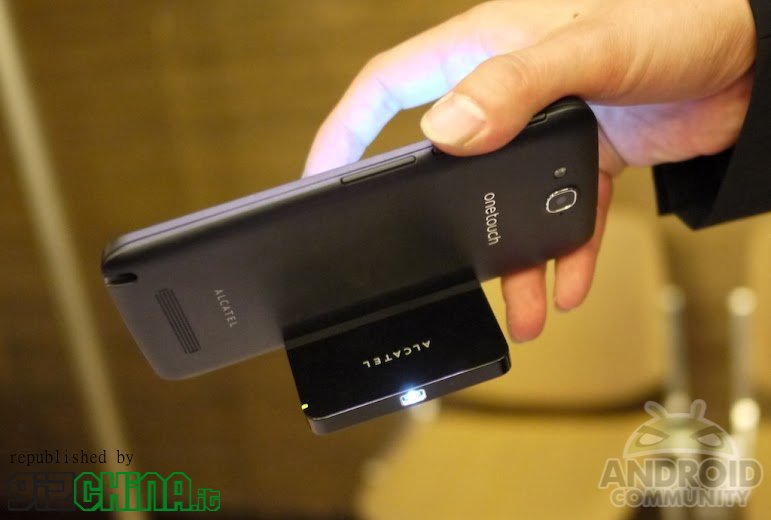 The phablet era has started and no hi-tech company wants to be cut off! This speech, of course, also applies to Alcatel, which in recent months has been attracting the attention of professionals and enthusiasts, thanks to the efforts made to reach better standards in the production of mobile phones, also witnessed from our various posts on the subject.

In fact, there has been a widespread belief that Alcatel should keep an eye on it as a company that could introduce important innovations in the cell phone market. 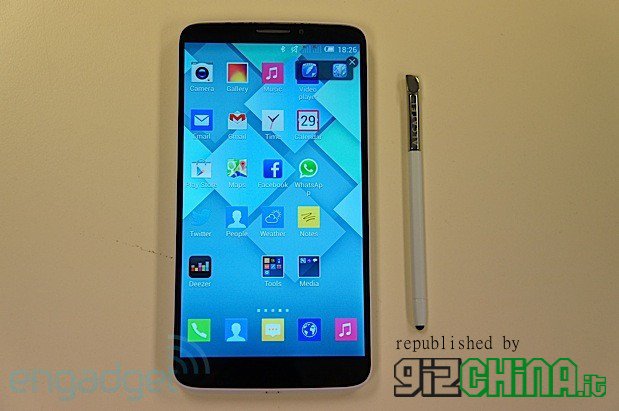 Pico Projector integrated with the Alcatel One Touch Hero

One of these innovations is certainly the one offered with the new Alcatel One Touch Hero phablet preset at the IFA in Berlin: an integrated projector for a small one (we do not know the weight ...) and portable docking, compatible with the phone!
As stated by Alcatel the projector will be 12lm (according to the company, perhaps even more!) And will be able to show a screen equal to a size of about 70 inches!
Let's see some demonstrative photos of the pico projector integrated with the Alcatel One Touch Hero:

From the photos, the pico projector to be integrated into the Alcatel One Touch Hero seems very small and extremely portable. An accessory that could be indispensable for all those who, for work, are forced to move between companies and who, on these occasions, need to project presentations.

But the innovations "made in Alcatel" do not end here!

Another very interesting news is the e-ink flip cover for the One Touch Hero presented by Alcatel. This flip, as you can see from the images below, turns your phablet into a real e-book reader. With the e-ink display on the flip cover it will thus be possible to have a very low power consumption of the battery and have a greater readability of the texts (just like e-book readers!).

In addition, the flip cover also offers useful notifications via LED lights, as you can see in the image below. 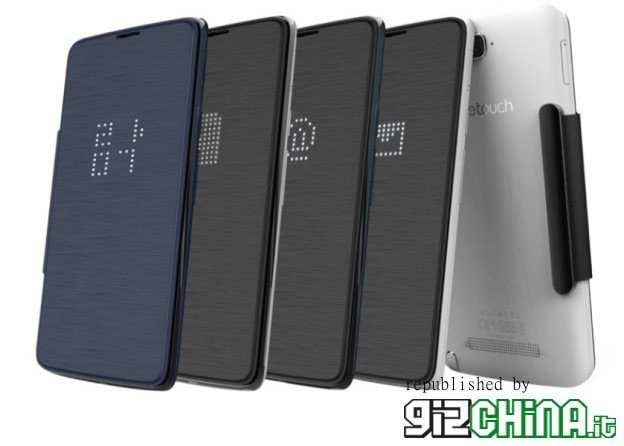 But let's now see the Alcatel One Touch Hero phablet from a more exquisitely "telephone" point of view (which, then, is the part that interests us most!). 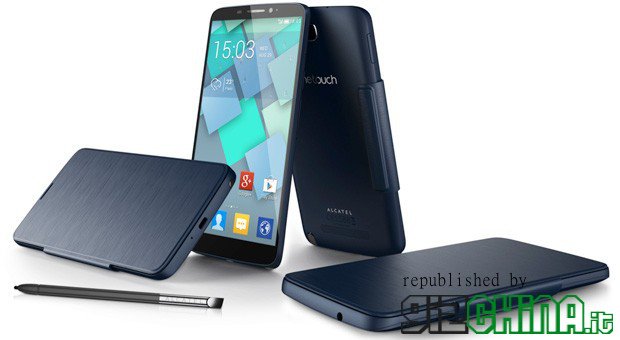 The hardware equipment of the One Touch Hero phablet includes, in addition to the large 6 inch FULLHD display (1920 x 1080 resolution), a Mediatek MT6589T processor from 1.5Ghz, 2GB of RAM, optional internal memory from 8 or 16GB (expandable with microSD), rear camera from 13 mega-pixel with LED flash and front 2, 3400 mAh battery and Android 4.2. 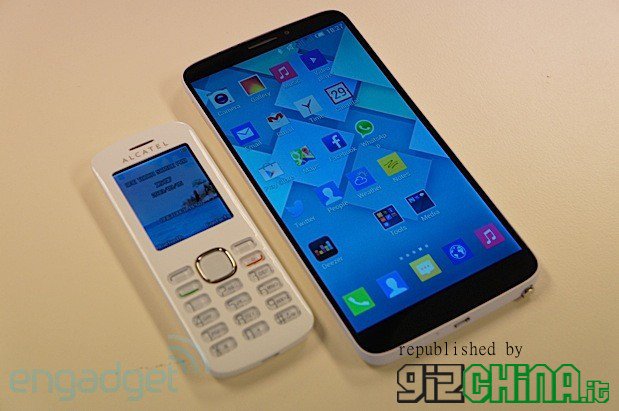 Going into details, we see that probably the 8GB version of internal memory will be singleSIM (microSIM), while the one from 16 will support, like most phones coming from China, two SIMs at the same time. 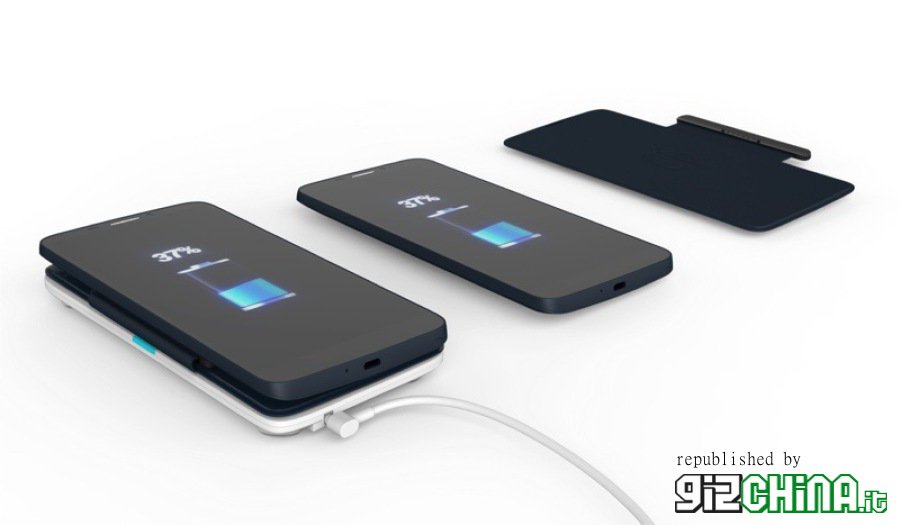 NFC support and wireless charging via docking complete the hardware compartment, as shown in the picture above.

The Alcatel One Touch Hero phablet will be launched in October, but we do not yet know the details of the price, which will in any case be in line with the high-end products.

We leave you with a video demonstration of the Alcatel One Touch Hero phablet, directly from the IFA in Berlin!