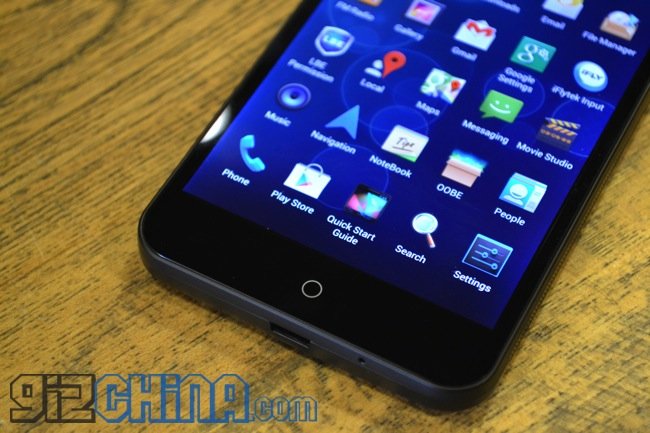 FAEA is a new Chinese smartphone manufacturer, which entered the market in 2013 with quality devices at a good price. Will FAEA be able to compete with larger and already partially established companies such as Zopo, Neo and Newman? In the past few days we have announced the semi-official birth of FAEA ITALIA and today we see an in-depth review of the new FAEA F2S!

FAEA mobile has sent to GizChina staff the basic version of its latest device, which, however, as well as the advanced one (when it will finally be launched ...), is powered by a Mediatek MT6589T processor from 1,5 Ghz, but with only 1Gb of RAM.

Of all the Mediatek smartphones we tested this year, this FAEA F2S is perhaps the best. It has a distinctive design and, moreover, it looks much more luxurious and expensive than the price would actually suggest. How valid is this device in general?

Although NFC (Near Field Communication) technology is becoming increasingly popular in China, it is still rare to find a device that has this integrated system. FAEA F2S is one of the few devices with NFC, a feature that we will see in the coming months in all its possible uses. 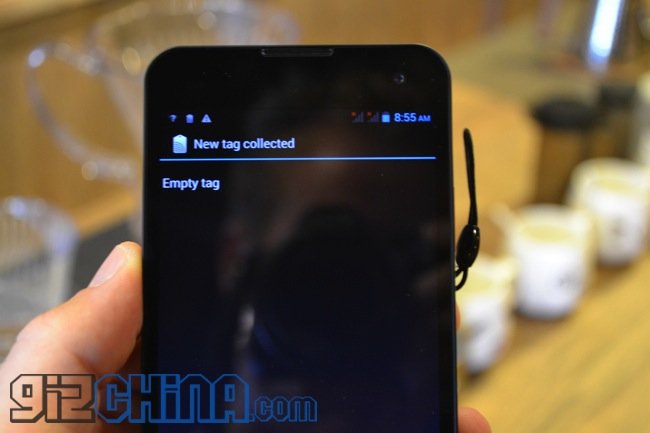 FAEA F2S - Design
This year we reviewed the JiaYu G4, the Newman K2, the Zopo C2, C3 and ZP980, the NEO N003 and many more. The specs of these devices are very similar, but the difference in design couldn't be wider. 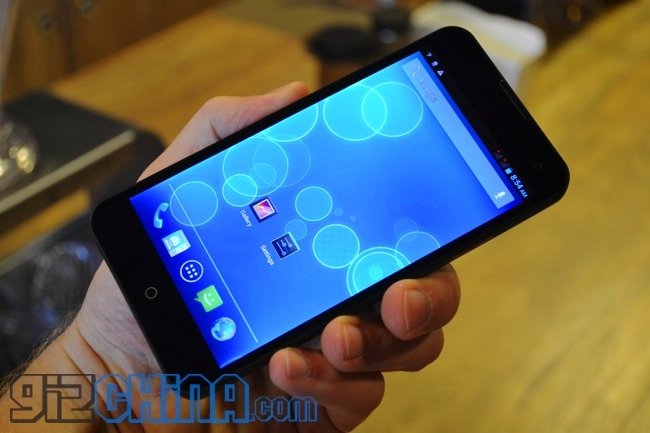 Aesthetically speaking, the FAEA F2S is by far the best device. 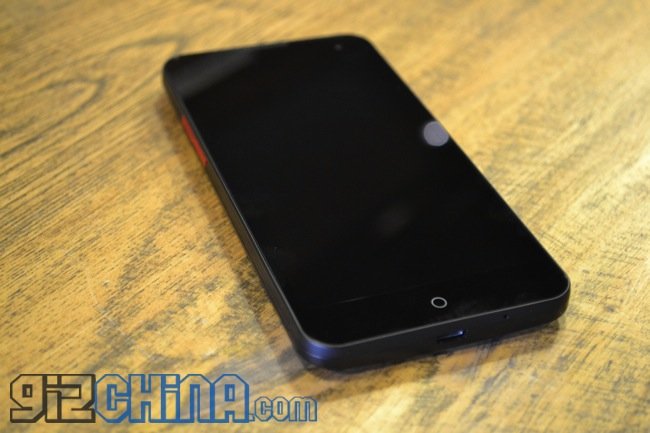 FAEA has collected some ideas and style from HTC and the latest MEIZU devices to make its F2S a smartphone with absolutely innovative and extremely elegant lines. A device able to draw attention to itself every time it is pulled out of your pockets.

Looking at the edges and the front could easily be mistaken for a device that costs two or three times more than the actual price! 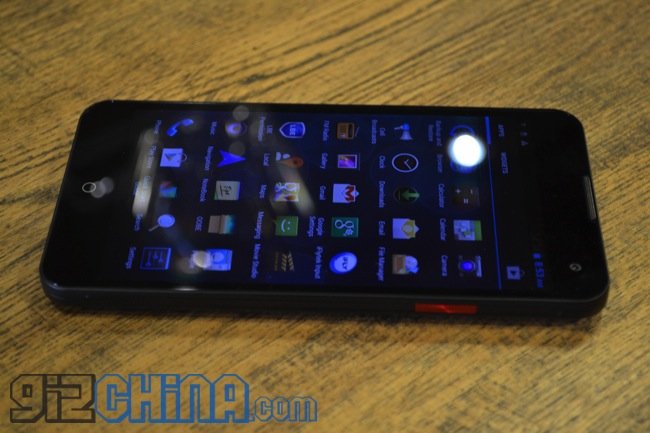 Although the FAEA designers were at their most creative and committed when designing the front and defining the edges, they must certainly have exhausted their inspiration before moving on to design the back. Compared to the rest of the phone, the back is really poor… a disappointment for such a beautiful smartphone!

The dimensions are 141 x 71 x 9.7mm, certainly not the thinnest smartphone in the world, but thanks to the tapered shape it appears much thinner than the dimensions suggest. 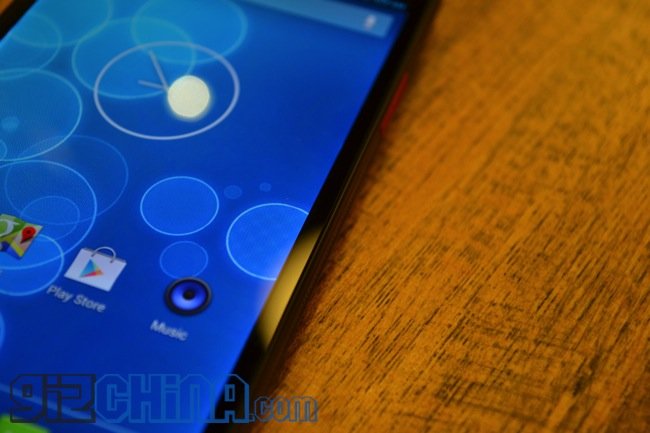 A "Halo" capacitive ring is the only management button on the lower part of the device; has the function of Home, while the black areas on the sides correspond to the "Back" and "Menu" options. There is also a small light in the ring that has the function of message notification. 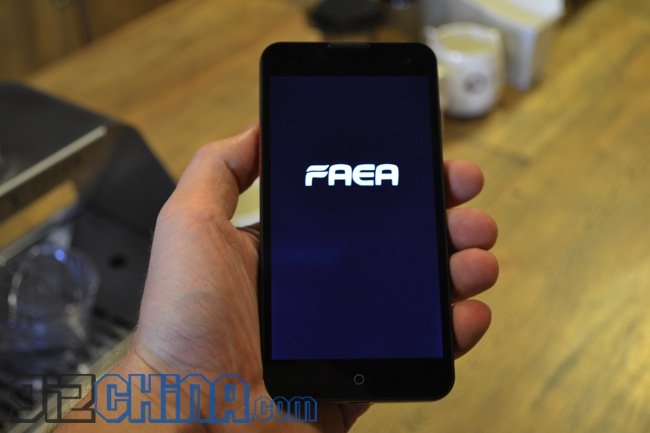 Using it with one hand is not a problem. FAEA has also positioned the physical controls in the classic places as done by the most popular Mediatek smartphones: power button on the right and volume management on the left. 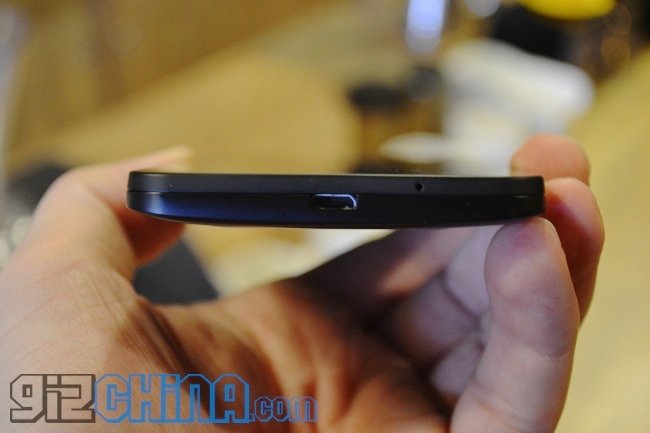 The 3.5mm jack for the earphones is at the top, while the microUSB port at the bottom. 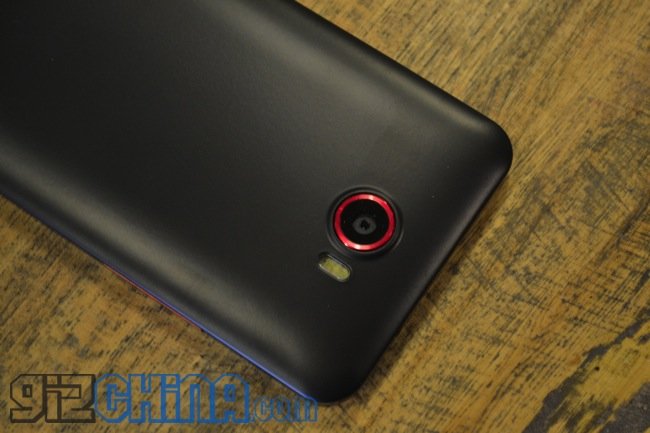 As already announced, the rear is the biggest disappointment of this smartphone. The red anodized ring around the camera lens is perhaps a little too thick and tacky, but still functional. The dual-LED flash adds a lot (maybe too much…) light to dark subjects and the speakers are large enough for discrete gaming and video viewing. 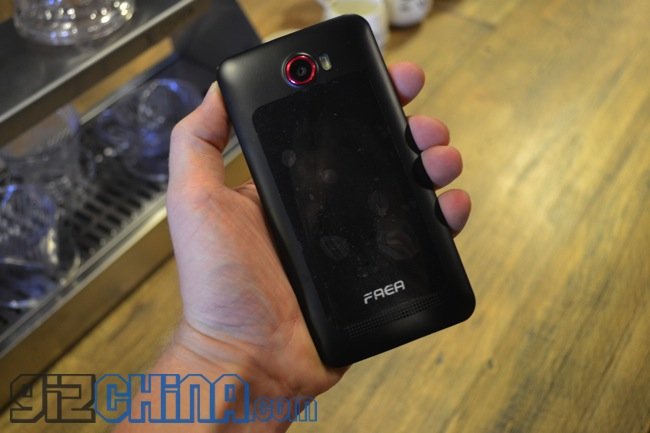 FAEA did a great job in the design of this device, however, failing to give it strength: it is, in fact, quite flexible! Holding the smartphone in your hand like a sandwich, it could easily happen that you bend it enough to remove the back panel. Using the camera, you are likely to hear creaks coming from the plastic body as you take pictures. 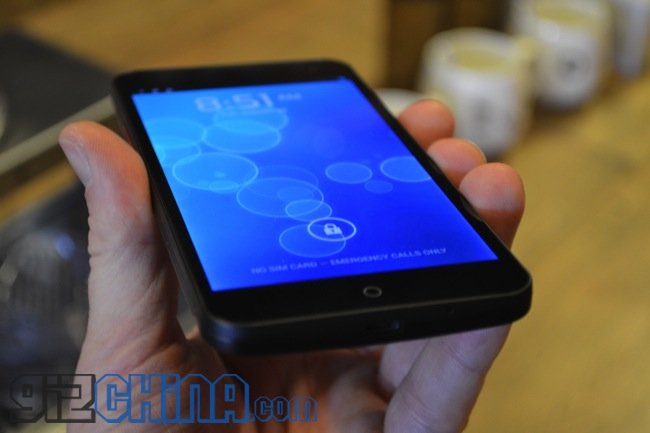 With a Full-HD resolution 1920 × 1080 is well suited for gaming, web browsing, video viewing and reading.

The brightness is good and is easy to use, both day and night, such as the N003 or the Xiaomi MI2. 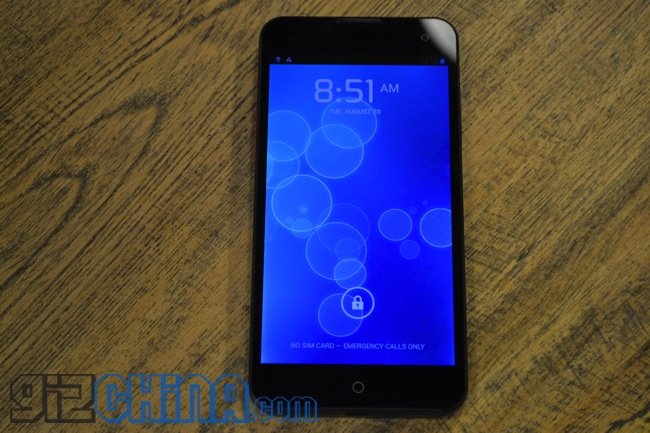 The display is extremely sensitive, reacts well to touch and does not suffer from the ghost touch problems common to almost all Full-HD 1920 × 1080 displays used by Chinese Android devices.

The phone analyzed in this review has the same processor from the 1.5Ghz MT6589T and 1 GB of RAM of the Neo N003 tested earlier this month. With a similar 5-inch display and 1920 x 1080 resolution you could expect similar performance. 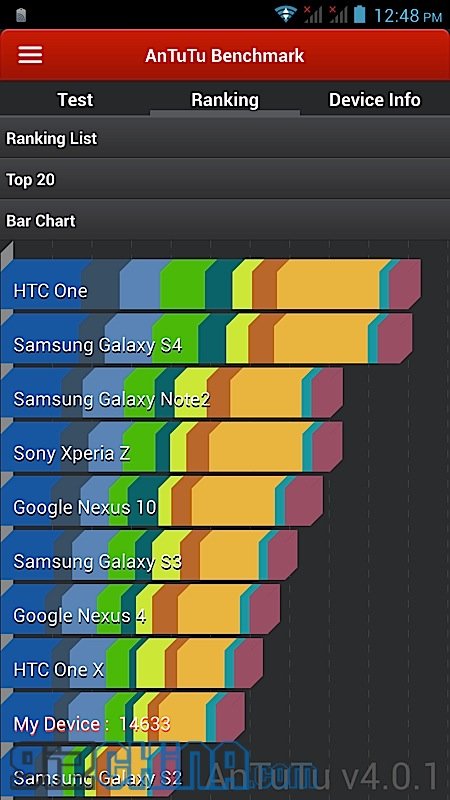 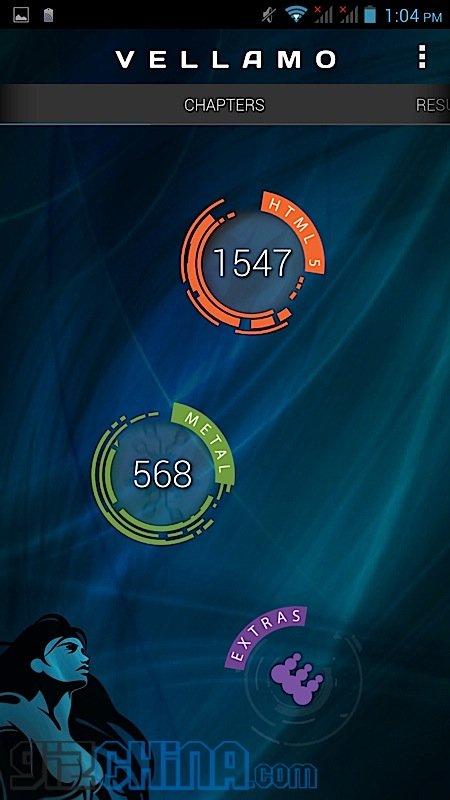 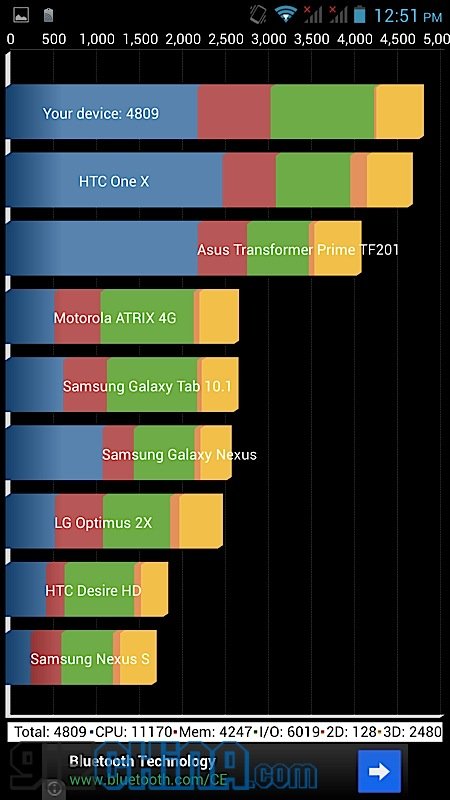 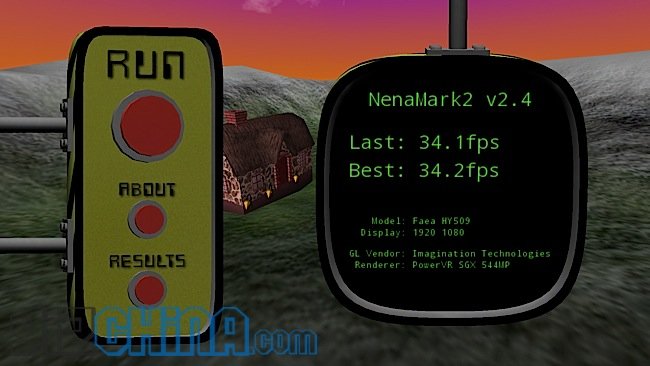 As usual I installed Riptide GP2 on the F2S, but unlike the N003 and the Newman K2 the FAEA showed a lot of difficulty in handling the game. Compared to the other phones on the FAEA F2S the game was laggy enough to not continue playing. I also tried Riptide GP1, graphically less inspiring for the device and, in fact, it ran faster and smoothly.

So unless you play something less challenging, like Angry Birds and Fruit Ninja, you will have to wait for the 2GB RAM version of the FAEA F2S or possibly opt for the Neo N003.

Even the stock launcher is not very sensitive, but the installation of Nova launcher has improved things. Some optimizations and tweaks from FAEA will be much appreciated! 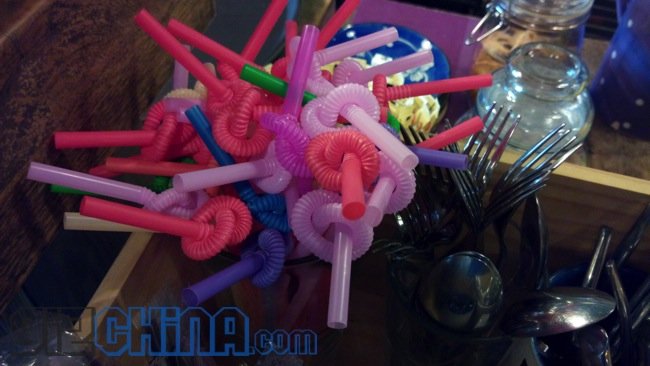 The FAEA F2S has a rear camera from 13 mega-pixel like other phones we have tested, but some improvement is necessary for both image capture and video capabilities of the phone.

The sensor and the optics are just as good as those of the other phones we have tested, so you can get some great photos, as you can see. 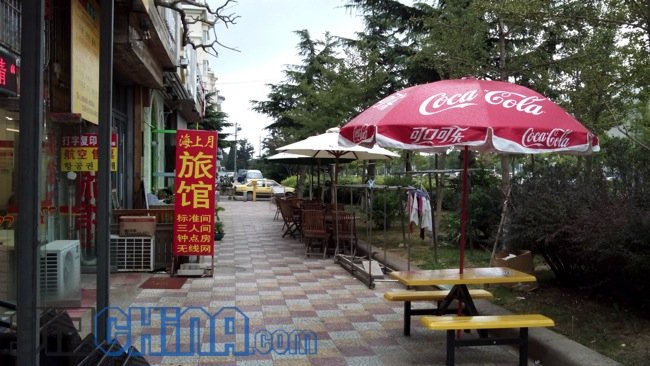 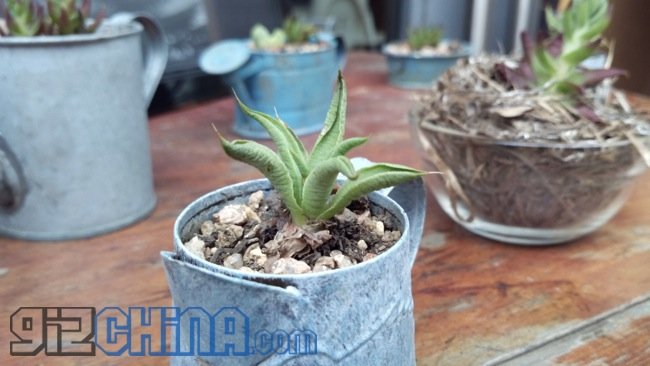 Furthermore, color reproduction is quite good even in cloudy weather 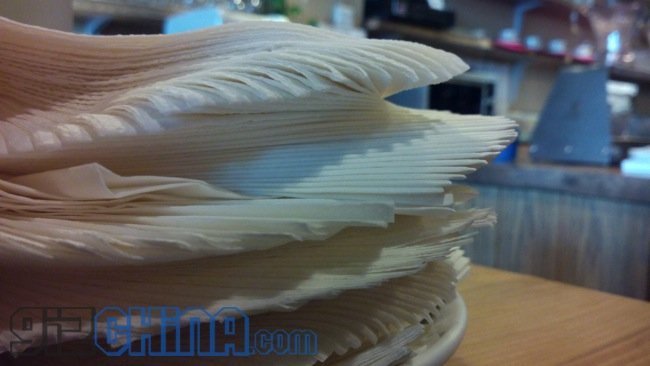 However, camera performance is good on static objects. In fact, the FAEA F2S is not a device that you can count on for a sporting event, a birthday party, an evening out with friends or in any other situation where you need to take pictures of moving objects. 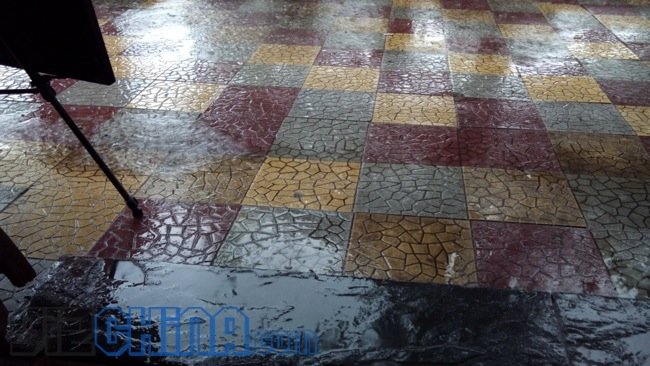 As usual you can download the photos in the original format:

After the "poor" game performance, the slow camera and the flexible body most of you will have reached the same conclusion. 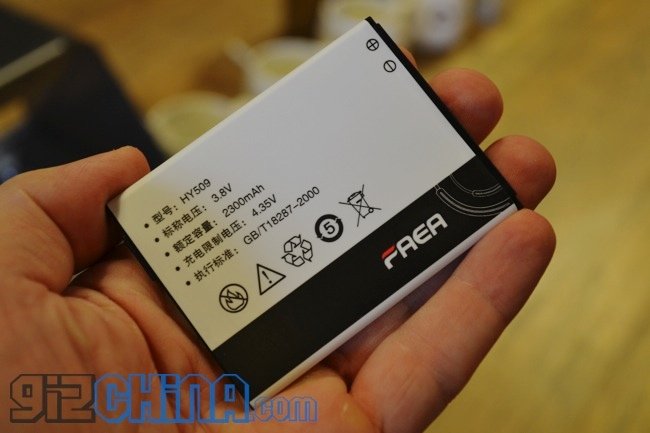 Battery life is average, but with ROM optimizations FAEA will surely be able to get better performance from a 2300mAh battery. The phone has been used mostly for email and internet, given the issues with gaming and the camera. 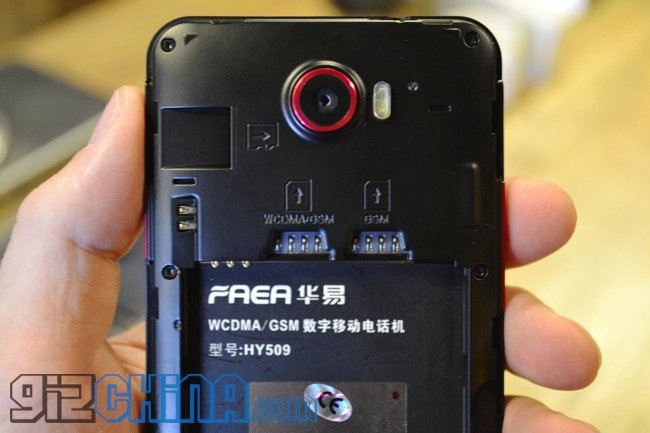 NFC, Bluetooth, WIFI, 3G everything works without major problems. The GPS after the FIX works perfectly.

The FAEA F2S is, from an aesthetic point of view, the best Mediatek phone of this year. This is without a doubt! FAEA has done a great job in design.

M seems to have focused only on this aspect. The phone body is easy to fold. The camera is slow to focus and the gaming performance is not up to par! 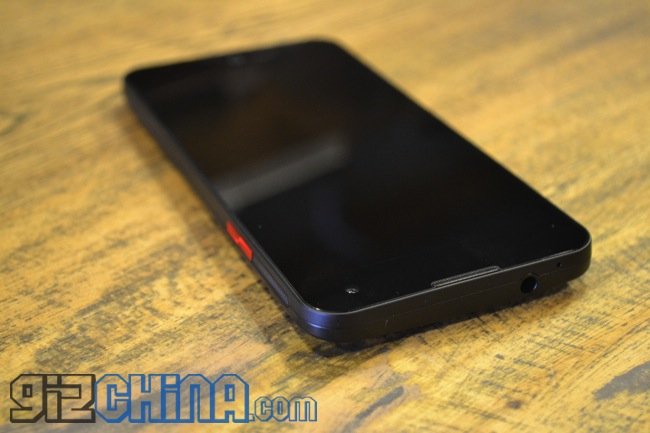 Hopefully FAEA will do something to make its F2S more rugged, improve the camera, and optimize gaming performance, so you get a great phone. It would be useless for them to throw a 5.5 or 6 inch tablet or phablet! They need to improve the FAEA F2s because it has the potential to be the best Mediatek phone on the market!

For a new brand like FAEA this is a great challenge! A phone equipped with NFC, 1080 display, is not easy to make and, unfortunately, things did not go very well this time. Let's keep our fingers crossed so that FAEA can improve this device shortly.