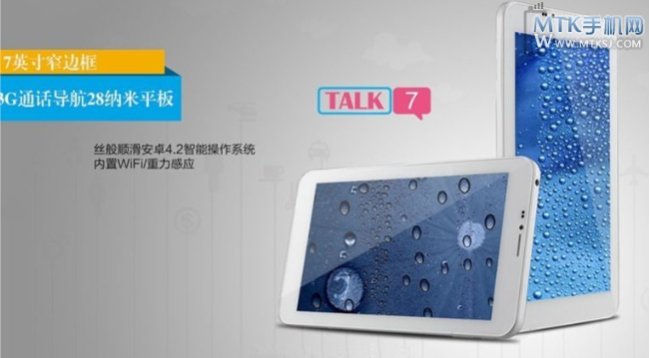 The Chinese tablet maker CUBE has just launched its new 7-inch 3G tablet for only 81 dollars (about 60 euro), which is awarded the cheapest 3G tabet in the world!

Cube is a highly regarded and highly regarded tablet manufacturer in China, among the first to launch a retina display on a 9,7-inch Android tablet! Their latest product is the Cube Talk 7 and 7S tablet which combine a 7-inch display with the ability to make phone calls. The Cube 7 only supports 2G networks, while the 7S allows you to connect to 3G WCDMA networks and thus browse the web and even make calls.