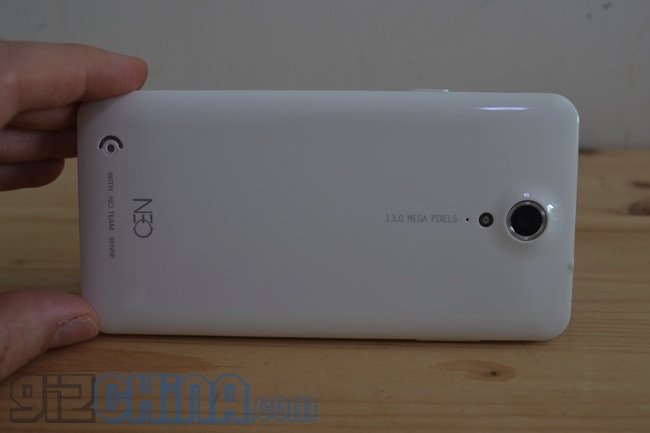 It's always nice to finally have a new phone for review in your hands. Take a look at the GizChina staff video "Neo N003 Unboxing, hands on and first impressions" in this post!

Over the next weeks on GizChina will be published several reviews on new devices (Zopo ZP990, Newman K2, FAEA F2) and today is the turn of the NEO N003, kindly sent by Chinapadmall.
Below are phone details and our first impressions of the Neo N003. Do not consider the following as a complete review, as we will be posting more videos and pictures about this phone in the coming weeks! So stay connected!
Neo N003 - Better late than never

It is strange to think that, despite months that most of its specifications are known, the Neo N003 has only been released these days, or at the end of the 2013!

So the Neo N003 comes out of the factory with a processor from 1.5 Ghz MT6589T and in two different versions: Neo N003 base, already on sale, and Neo N003 Advanced that will be launched later. The only difference between the two models is the allocation of RAM and internal memory (1GB / 4GB Base - 2GB / 32GB Advanced).

The rest of the hardware is identical on both phones. 5 inch 1080 laminated display, 13  mega-pixel the camera rear, 3 mega-pixel the front, Android 4.2.1, support up to 64GB using microSD cards, dual SIM, 3000mAh battery and support for MHL and OTG. Furthermore, the N003 has a notification LED (on the right) and backlit capacitive buttons.

As you can see in the video below the N003 runs a slightly optimized version of the stock ROM of Android 4.2 Jelly Bean, preloaded with Google Play included. Strangely, however, no browser was installed on the phone!
Neo N003 design

Following are some photos taken with the Neo N003 after recording the unboxing video. The body of the Neo N003 is equipped with a black panel with metal edge that protects the screen and meets, before "meeting" the removable rear panel (white), a thin layer of black plastic.

The overall appearance is not very different from that of the JiaYu G4 (obviously bigger though). It is not a particularly thin phone because of the very large 3000mAh battery, but it is still possible to use it easily, even with just one hand.

On the removable rear panel there is the speaker in a very original style (remember the old Commodore logo). On the back, moreover, there is also the rear camera from 13 mega-pixel, equipped with LED flash.

Performance of the Neo N003

Although the phone has only been used to add a Google Account and install Google Chrome and Antutu for now, this brief experience can be defined as satisfactory from a performance point of view. The sensitivity of the touch and "gestures" on the display is excellent, without "gost touch", and, in general, the user experience is fast, smooth and free of bugs.

Despite having only 1 GB of RAM and having to power a FULLHD display, the use is fast and pleasant.

In the next review will be posted all the results of the most popular benchmark tools, but for now we must be content with Antutu. The only thing that has disappointed us is the storage space for the user ...
However, the result of the benchmark performed with Antutu on the Neo N003 leaves pleasantly surprised: 13.323!
Neo N003 Unboxing, hands on and first impressions

Soon a full review of the Neo N003

The first general impressions on the Neo N003 are very good, but the final judgment can only be given after a fair use time!
Thanks again to Chinapadmall for sending us this phone for review!