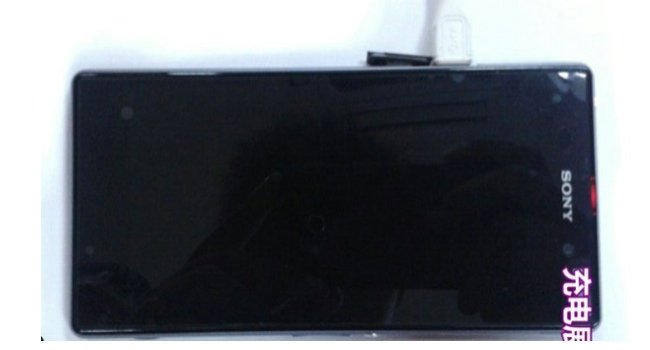 The Sony Honami is certainly one of the most important products made by non-Chinese manufacturers coming out in September. A leaked photo shows a new location for the notification LED and microSIM slot.

The Sony Honami will be unveiled later this year and will represent Sony's new point phone. The expectations for this device are very high and the Honami will have to clash with the new iPhone, the Oppo N1 and, of course, the Xiaomi Mi3 and the Meizu MX3.

Constant leaks continue to be spread by all media and today is the time for a leaked photo showing the notification LED and the microSIM slot.
As you can see from the picture the notification LED was placed on the top of the phone almost as if it were resting on the edge of the device, rather than on the front. This could be an advantage since you look at the phone from above or at least from other angles other than the front. On the left you can see the input for the micro USB cable next to the microSIM slot.