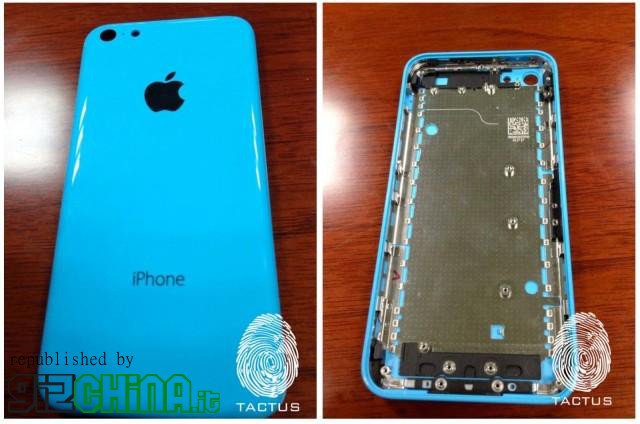 With all the recent leaks and leaked photos of the products, we could say that Apple as well as having made cuts on production, lately has also spent much less to try to keep its secrets "industrial"!

In the past, the "Apple-style secret" was almost legendary. Their devices were unknown to everyone until the day of the launch, until Steve Jobs revealed them to the world, generating surprise and, in this way, great events for the brand! Those days seem to be very far for Apple, especially because of the new iPhone 5c has been circulating for months new photos and rumors!
Today is the turn of a photo of the iPhone 5c blue, or the cheap plastic version of the new Apple device.

Which of you is interested in the new iPhone? Did you prefer the Apple of a time that managed to keep secrets or this, so to speak, more "open"?