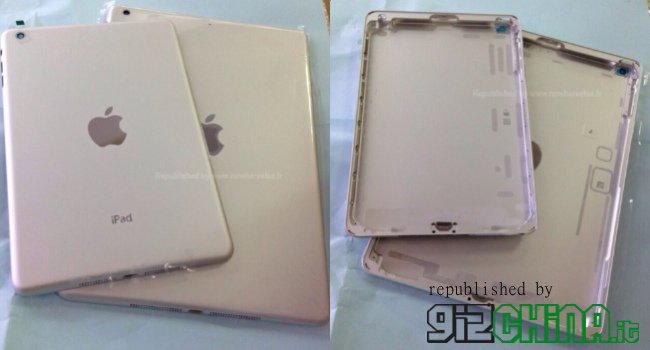 It is no surprise to see the back shell of the iPad 5 much more "slim", also thanks to the much thinner frames. The general appearance, in fact, as expected is very similar to the iPad mini, but obviously with a larger display.

According to forecasts the 5 iPad should be launched in October 2013, while the iPhone 5c in September.